The SC on Monday refused to hear the petition that sought a Special Investigation Team (SIT) probe into the murder case of Kashmiri Pandit Tika Lal Taploo. 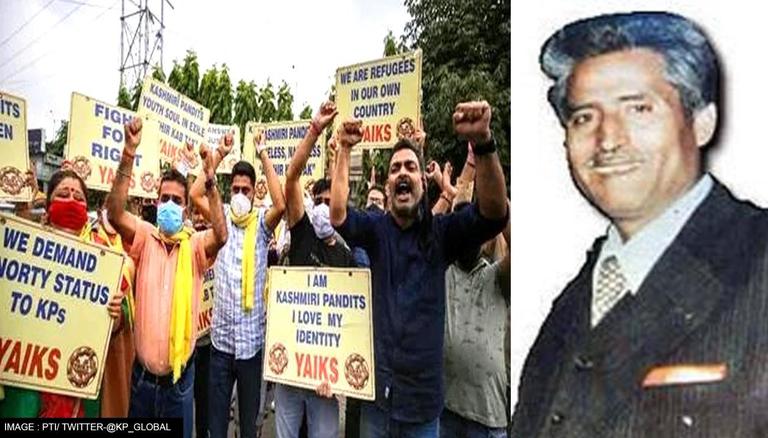 
The Supreme Court on Monday refused to entertain the petition that sought a probe by the Special Investigation Team (SIT) into the murder case of Kashmiri Pandit Tika Lal Taploo. After the court refused to entertain the matter, petitioner Ashutosh Taploo, the son of Tika Lal, withdrew his plea. Notably, the targeted killings in the Valley led to the exodus of the Kashmiri Pandits and Sikhs in 1990.

It is to mention that the petitioner's lawyer Gaurav Bhatia urged the Supreme Court to form an SIT and demanded an inquiry into this matter.

The matter was heard by a bench headed by Justice SK Kaul. "32 years have passed and the family does not even know what kind of investigation was done in the matter. The family was not even given a copy of the FIR. We have earlier dismissed a similar petition. Can't hear this plea,"  the Apex Court stated.

Who was Tika Lal Taploo?

Kashmiri Pandit Tika Lal Taploo was a BJP leader and RSS member who was brutally murdered by the terrorists in the broad daylight on September 14, 1989. He was killed by the first wave of terrorists in Kashmir after which thousands of pandits were murdered in the valley that caused the exodus in 1990. Tika Lal participated in the multiple agitations at Lal Chowk in Srinagar along with his colleagues against the Congress-led government during the emergency.

A spree of targeted killings began in the Kashmir Valley following the brutal murder of Rahul Bhat on May 12 by the terrorists. After this, three members belonging to Hindu minority communities were slain by the terrorist in three days. Rajni Bala, a Kashmiri Hindu, and teacher from Samba district was killed by the terrorists on May 31. A migrant labourer identified as 17-year-old Dilkhush Kumar from Bihar was shot down by terrorists on the evening of June 2 in Budgam. On the same day, Vijay Kumar, a bank manager was also killed by terrorists in Kulgam.

In the wake of the spate of killings in J&K, Kashmiri Pandits staged massive protests in Jammu reiterating their demand to be shifted to safer locations in the Union Territory. With placards in hand, the employees posted in Kashmir hit the streets, demanding transfer to Jammu and an early redressal of their demands and grievances.

Shouting slogans like, ‘We want Justice’, and holding placards that read, ‘Don’t rehabilitate us on the cost of our blood, orphaning our child and widowing our wives’, hundreds of Kashmiri Pandits took to the streets demanding relocation until the situation improves in the Valley.