As the protests against the three farm laws show no sign of abating, Shetkari Sanghatana president Anil Ghanwat made a fervent appeal to CJI NV Ramana. 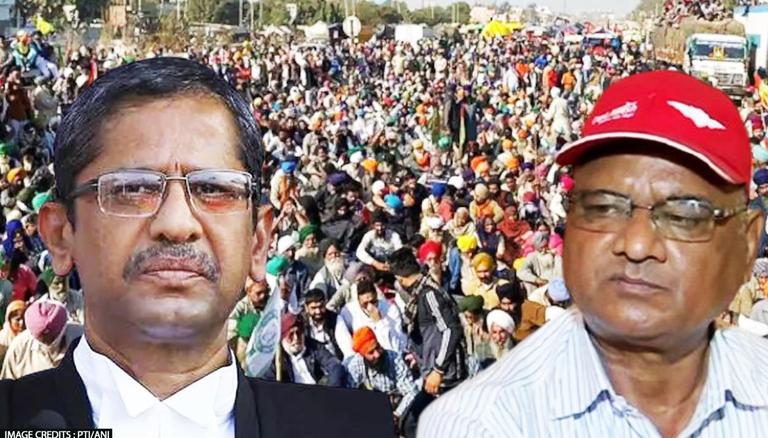 
As the protests against the three farm laws show no sign of abating, Shetkari Sanghatana president Anil Ghanwat made a fervent appeal to CJI NV Ramana. In a letter addressed to him on September 1, he called for the report of the SC-constituted committee on farm laws to be made public so that its recommendations can be implemented leading to a peaceful resolution of the farm stir. Notably, Ghanwat was part of this panel also comprising agricultural economist Ashok Gulati and Pramod Kumar Joshi- Director, South Asia, International Food Policy Research Institute.

While the apex court had suspended the implementation of the agrarian laws in January this year, the panel submitted its report before the stipulated time on March 19 after eliciting the views of numerous stakeholders. The letter read, "The report addressed all the apprehensions of the farmers. The Committee was confident that the recommendations will pave the way to resolve the ongoing farmers' agitation".

"As a member of the Committee, especially representing the farmers' community, I am pained that the issue raised by the farmers aren't yet resolved and the agitation is continuing. I feel that the report has not been given any attention by the Hon'ble Supreme Court," Ghanwat added. Earlier, some farmers and associations had reportedly written to the CJI to resume the hearing of the pleas challenging the farm laws.

In letter to CJI NV Ramana, Jaysing Ghanwat, a member of 3-member committee set up by SC on farm laws, says its report has not yet been released to public or taken up by the court; says he is pained that the issue raised by farmers has not been resolved & the agitation continues

At present, the talks between the Union government and the farmers' unions over the three farm laws have come to a standstill. So far, 6 states- Punjab, Rajasthan, Chhattisgarh, Kerala, West Bengal and Delhi have passed a resolution in their respective assemblies demanding the withdrawal of the farm laws. This demand found resonance even in the recently concluded Monsoon Session of Parliament.