Supreme Court has allowed an application by Karti Chidambaram, seeking an open court hearing of his petition to review its verdict on the powers of the ED. 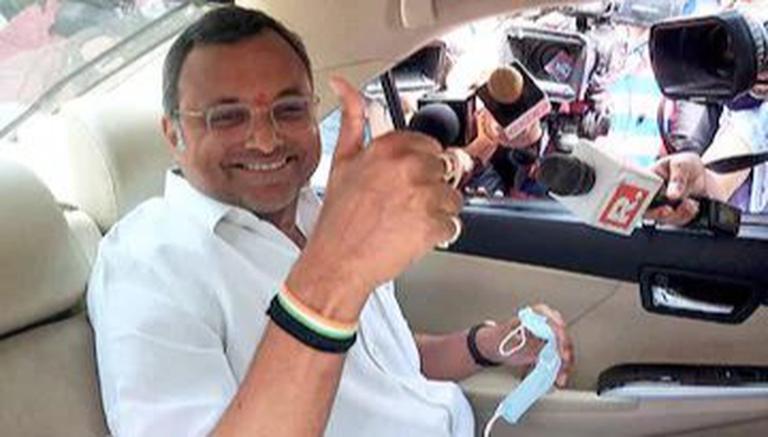 
The Supreme Court on Wednesday allowed an application by Congress MP Karti Chidambaram, seeking an open court hearing of his petition to review its last month’s verdict upholding the powers of the Enforcement Directorate to arrest, investigate, and attach property under the PMLA Act.

A bench of Chief Justice NV Ramana and Justices Dinesh Maheshwari and CT Ravikumar, which considered the review application of Chidambaram in chambers said, “The application for an oral hearing is allowed. List the matter in the Court on August 25, 2022”.

Chidambaram, an accused in the INX media case, has also filed an application seeking a stay of the operation of the July 27, verdict. In his review petition, the Congress leader said that the verdict has an error apparent and is against the provisions of the Constitution.

The top court had on Tuesday in a verdict on the application of provisions of Benami Transactions (Prohibition) Amendment Act, 2016, observed that its judgement on the ED’s powers to take possession of a property before trial in exceptional cases, leaves scope for arbitrary application.

The three-judge bench headed by CJI said that the ratio concerning Section 8(4) laid down by the PMLA judgement needs further explanation.

In its July 27 verdict, the apex court has said that the direction for taking possession of the property before a formal order of confiscation is passed, should be an exception and not a rule.

The court also upheld the ED’s powers relating to arrest, attachment of property involved in money laundering, and search and seizure under PMLA, that were challenged by multiple petitioners including Karti Chidambaram.

Observing that it is a common experience world over that money laundering can be a “threat” to the good functioning of a financial system, the apex court upheld the validity of certain provisions of the PMLA, underlining it is not an “ordinary offence”.

The Centre has been insisting money laundering is an offence that is committed not only by unscrupulous businessmen but also by terror organisations, posing a grave threat to national security.