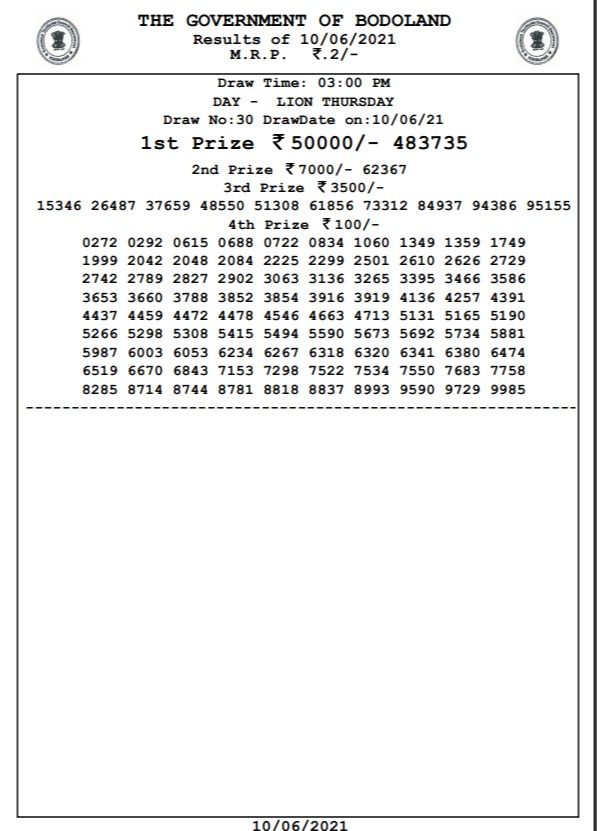 For Monday, there are several types of Bodoland Lottery games that one can participate in. They are:

Assam and Bodoland are both different lotteries draws. The individual prize amounts of Bodoland lottery are lesser than individual Assam winning amounts. However, Bodoland is a popular lottery, and many people try their luck. The winners of the lottery can claim their prize money through Bodoland Territorial Council in Kokrajhar. They have to submit their original ticket within 30 days from the declaration of results.