This came in connection to the massive fire that broke out in outer Delhi's Mundka area in a four-storey building killing 27 people and injuring many others. 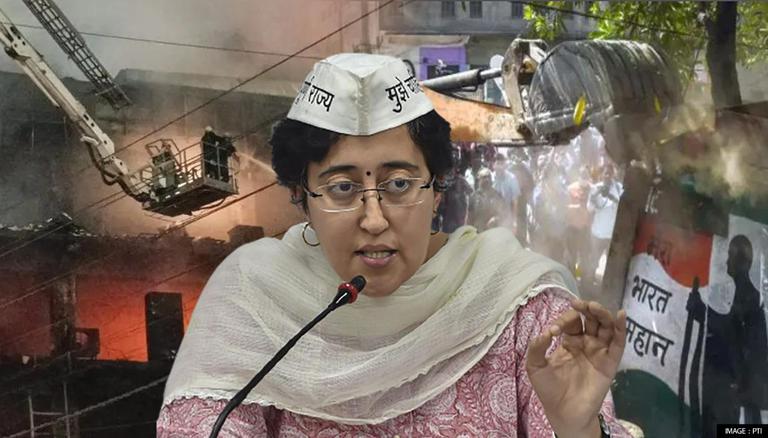 
Launching a blistering attack on the Bharatiya Janata Party-led central government, senior Aam Aadmi Party (AAP) leader Atishi Marlena has again turned her guns towards the BJP holding it responsible for the ongoing disturbances in the national capital. Slamming the BJP over the Mundka fire incident in reference to BJP's 'bulldozer drive', she accused the party behind the fire.

Speaking to ANI on the same, the AAP leader said that the whole of Delhi is watching the BJP's "bulldozer politics" as it is running an 'MCD bulldozer' and is asking for money.

Further speaking on the major fire incident that claimed 27 lives, she said that there should be a transparent investigation and a report should come out following which party will take further action. Along with that, clearly opposing BJP's "bulldozer politics" Atitshi added that answers need to come out in front of the people about the bulldozer politics.

The AAP leader also accused BJP of the fire and accused it of misgovernance.

"BJP is doing hooliganism in Delhi and scared of losing in the Municipal Corporation due to its misgovernance. However, the people of Delhi want to oust BJP from MCD as it is responsible for the Mundka of fire tragedy", she said.

Also, speaking on the suspension of three junior officers, she said that nothing will happen by suspending the officers as the connection is with the highest level of the party.

This came in connection to the massive fire that broke out in Outer Delhi's Mundka area. The fire which engulfed a four-storey building in west Delhi on May 13 claimed the lives of 27 people. Later after hours of effort, the fire was brought under control. Also, more than 10 people who suffered injuries were taken to the Sanjay Gandhi hospital for further treatment.