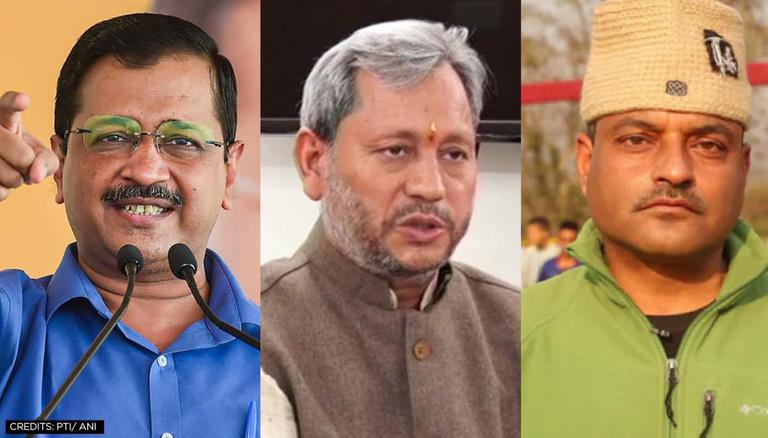 On Thursday, Kothiyal took to Twitter to announce his candidature against Rawat in upcoming bypolls, slamming the BJp govt. The former principal of Uttarkashi-based Nehru Institute of Mountaineering, Kothiyal has been hailed for his rescue and rehabilitation efforts in the aftermath of the 2013 Kedarnath tragedy. Running an organization that trains the locals to join the Armed Forces, he joined the Arvind Kejriwal-led party on April 19 this year.

On Friday, Tirath Singh Rawat resigned shortly after returning from Delhi where he met BJP’s top leaders including party president JP Nadda and Union Home Minister Amit Shah. BJP has named Union minister Narendra Singh Tomar as the state's central observer and will hold a meeting at the party headquarters at 3 pm on Saturday. Sources report that Rawat's replacement will be discussed along with a possible Cabinet rejig. BJp has cited the inability to hold by-elections amid COVID-19 the reason for Rawat's resignation. Rawat, who had resigned as BJP's Garhwal MP, has to be elected to the Uttarakhand Assembly within August.

Rawat's 4-month term was not bereft of controversies. The newly elected CM made several controversial comments ranging from 'ripped jeans' to 'faith will overcome COVID'. Condemned for holding the Kumbh Mela between India's second COVID wave, Rawat had justified it saying, "The Markaz was held in a closed space, in a kothi like structure whereas the Kumbh is being held in the open on the sprawling ghats of the Ganga. Maa Ganga’s blessings are there in the flow. So, there should be no corona".