Gujarat opposition parties, including AAP & Congress, have strengthened their political tirade on ruling BJP with Vijay Rupani stepping down as Gujarat CM 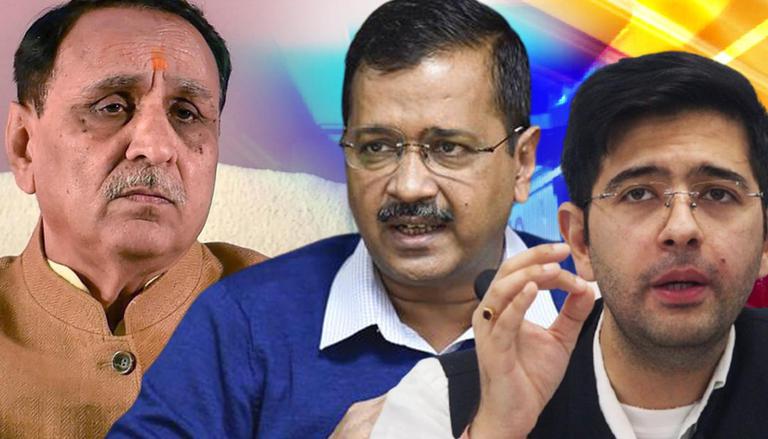 
Gujarat opposition parties, including AAP & Congress, have strengthened their political tirade on ruling BJP, with Vijay Rupani stepping down as Gujarat Chief Minister a year ahead of the assembly polls. Hours after Vijay Rupani announced his resignation on Saturday, Aam Aadmi Party & Congress leaders have enhanced their attack on the incumbent BJP and said that this indicates the end of the rule of the saffron party in the state.

In a tweet, AAP top leader Raghav Chadha claimed that BJP was compelled to remove Rupani as CM after AAP breached BJP’s bastion and won 27 seats. He wrote,

On the other hand, Congress didn’t leave the opportunity to leverage some political comments. The Indian Youth Congress, said in a tweet in Hindi,

Earlier, national spokesperson of the Congress, Jaiveer Shergill, outlining that the BJP has turned the position of CM into a 'game of musical chairs, said, "Rotating CMs are proof of BJP governance failures. It is a testimony to fact that BJP Govt report card is full of red lines."

READ | Vijay Rupani resigns as Gujarat Chief Minister; says BJP will decide who will be next CM

Jaiveer Shergill, taking to his official Twitter handle, added, "Changing nameplates before elections will not wash away BJP sins!"

This comes as the BJP is trying its best to revamp its image ahead of the battle of state assembly polls scheduled for next year. The saffron party had earlier re-shuffled PM Modi’s cabinet and inducted several new ministers.

BJP and Congress lost their grip in Gujarat Municipal Elections

In February, the AAP gained ground in Gujarat politics, winning 27 seats in the Surat Municipal Corporation. The BJP regained power in the 120-seat SMC after gaining 93 seats, while the Arvind Kejriwal-led AAP won the remaining 27 seats. The Congress, which had previously won 36 seats in the SMC, now has none.

READ | As Vijay Rupani resigns, next Gujarat CM likely to be from the Patidar community

Gujarat Chief Minister Vijay Rupani on Saturday submitted his resignation to the Governor and said that he is ready to take new responsibilities in the party. "I express my gratitude to the Prime Minister for the opportunity I got in the development journey of Gujarat," he said.

Rupani, who has completed five years in the post, headed to the Raj Bhavan shortly after Prime Minister Narendra Modi inaugurated Sardardham Bhavan in Ahmedabad. Senior BJP leaders including Mansukh Mandaviya and Nitin Patel were also present at the governor's residence. According to sources, the central leadership of BJP was given an assessment of changing the CM of Gujarat last month.

This development comes ahead of the 2022 Assembly elections in the state. Notably, Rupani has become the third BJP CM in the country to resign from the post in the last few months. In July, Karnataka CM BS Yediyurappa had tendered his resignation. Tirath Singh Rawat was also succeeded by Pushkar Singh Dhami as the Chief Minister of Uttarakhand.