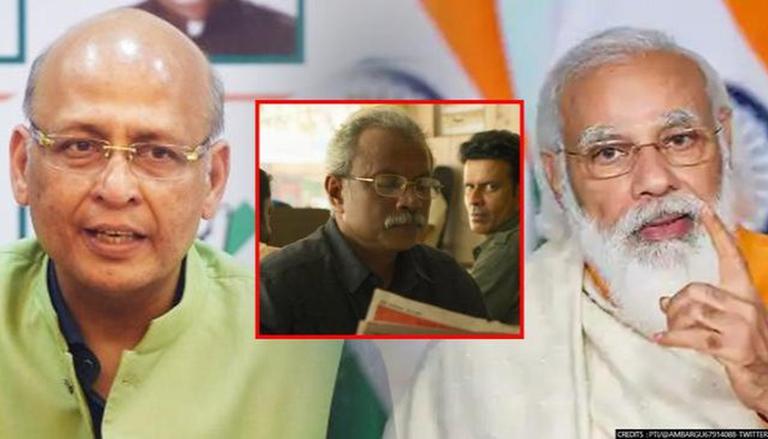 
Senior Congress leader and advocate Dr Abhishek Manu Singhvi took a subtle dig at the Centre as he joined 'The Family Man 2' trend and advocated for 'Chellam Sir' to audit the PM-CARES fund. The character of 'Chellam Sir' from the second season of the recently released web series has created a buzz among netizens who took to trend 'Chellam Sir' on Twitter, comparing the character to Google for his know-it-all attitude in season 2 of 'The Family Man 2'. 'Chellam Sir', whose character is played by Udayabanu Maheshwaran, plays the role of an ex-intelligence officer in the second season of the web series.

Only Chellam sir will be able to tell us the exact accounting in the #PMCaresFund . #FamilyMan2

Row over 'The Family Man 2'

Certain visuals from the trailer have raised grave concern among the show's fans in Tamil Nadu who are anguished over the portrayal of the Tamil Eelam community as terrorists. The day the trailer was released, there were protests on Twitter against the web series. A hashtag was also trending on social media that urged Amazon not to broadcast the series.

The attempt to portray Tamil people ​in this work of fiction as terrorists through the web series has been highly condemned, in particular by politicians from Dravidian parties. Seeman also urged the complete abolition of the telecast of this series, which seeks to portray the Tamil Eelam people who are already on the "brink of extinction" as the greatest pains, great wounds and injustices inflicted on society. And the audacity to portray the Tamil people as violent extremists is also reprehensible, he added.

Seeman also warned the makers of the series that if refuse to pay heed to their demand and broadcast The Family Man 2 online, they will face the "worst possible repercussions" if the Tamil people are misrepresented. Notably, there is opposition not only to the web series but also against Samantha who starred in the series. Some have raised banners against the actor for allegedly insulting Tamil people and Tamil identity.