Congress' Singhvi said opening a school or hospital instead of the United Nations Headquarters would be more useful than establishing the global organization. 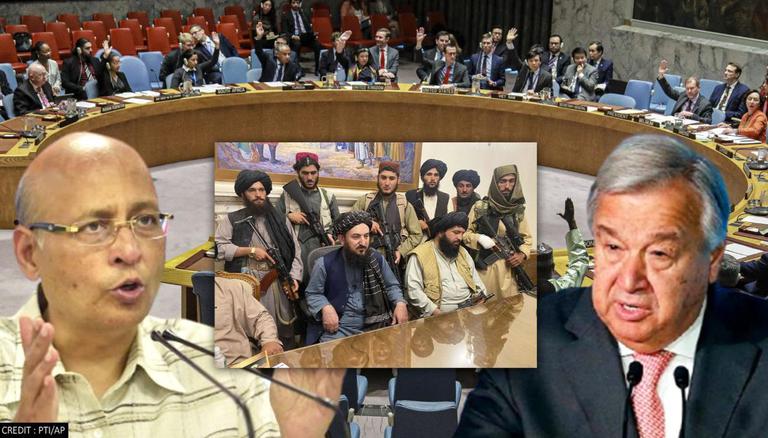 
Condemning the deteriorating security situation and human rights violation in Afghanistan post the Taliban takeover, senior Congress leader Abhishek Manu Singhvi hit out the United Nations over its response to the Afghan crisis. Taking to Twitter, Singhvi said opening a school or hospital instead of the United Nations Headquarters would be more useful.

"Looking at the images in Afghanistan, shut down the UN and open a school or hospital in its place. At least it will be put to some good use," the Congress leader tweeted on Thursday.

Looking at the images in Afghanistan, shut down UN & open a school or hospital in its place. Atleast it will be put to some good use.

The Taliban took control of Afghanistan on Sunday. Their sudden victory, which comes as the US withdraws from the country following a 20-year-war, has sparked chaos at Kabul's airport, from where America and allied nations are trying to safely evacuate thousands of citizens and allies.

The United Nations has moved about 100 of its personnel from Afghanistan to Kazakhstan in view of the “security and other constraints” in Kabul and they will return to the country as conditions permit. The UN children's agency, UNICEF is still delivering aid to most parts of the country and has held initial meetings with new Taliban representatives in recently seized cities like Kandahar, Herat, and Jalalabad.

In another development, the United Nations Human Rights Council has decided to hold a special session to discuss the ongoing Afghanistan crisis on August 24. The UN human rights commission observed that the situation in Kabul after the Taliban's siege has worsened the condition of the people and the country. The meeting will be held to address "serious human rights concerns and the situation in Afghanistan,".

A couple of days ago, the United Nations Security Council (UNSC) held meetings on the recent developments in Afghanistan. The meeting was chaired by Indian External Affairs Minister S Jaishankar, under the Presidency of India. The high-level meeting was called to discuss the rapidly worsening situation in the war-torn country after the Taliban breached Kabul.

Meanwhile, on August 19, the first independence day of the Taliban's takeover of Afghanistan, the militants named the war-torn country an "Islamic Emirate." After ruling the country with an "iron fist" from 1996 to 2001, the Taliban has changed its name to the "Islamic Emirate of Afghanistan," Taliban spokesperson Zabiullah Mujahid said on Twitter on Thursday. The war-torn nation is marking the 102nd anniversary of the country's independence from British rule.