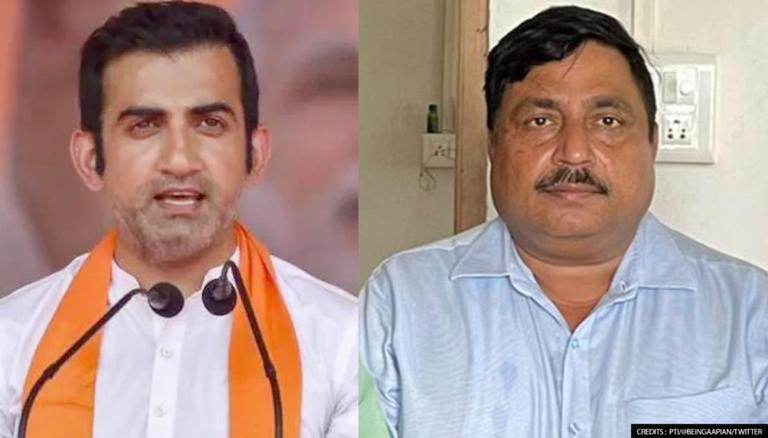 
Bharatiya Janata Party leader (BJP) MP, Gautam Gambhir on Friday took to his official Twitter handle and said that even Aam Aadmi Party (AAP) founders are showing faith in the saffron party's development agenda. This statement by the former cricketer comes after AAP founder Rajesh Sharma liked the tweet shared by the BJP leader, in which he had informed that BJP vaccinated people living at Chak Chilla village located on an island on the Yamuna River.

Even AAP founders are showing faith in our development agenda! pic.twitter.com/V3TuEKY1Pt

Hitting back at BJP MP Gautam Gambhir, Rajesh Sharma shared the former cricketer's recent tweet's snip with a caption "That's why I call you non-serious Gambhir."

Thats why i call you non-serious Gambhir. https://t.co/ijSJy3b6oj

Earlier on Friday, Gautam Gambhir had reached out to the people living at Chak Chilla village located on an island on the Yamuna River in Delhi to get them vaccinated. He had said that around 300 people living on the island, which can be accessed only on a boat, were vaccinated.

“This area is a part of the Patparganj constituency and completely inaccessible (by road). Residents are mostly fishermen or farmers. As per the Prime Minister’s vision that no one should be left behind, my foundation and volunteers of our party will make sure people living on the banks of Yamuna are fully vaccinated,” Gambhir said.

An aide of the BJP MP said that the MP’s foundation has vaccinated more than 10,000 people of Delhi and in the coming days, more such drives will be held on the banks of Yamuna. The next spot would be Madanpur Kharar, he had added.