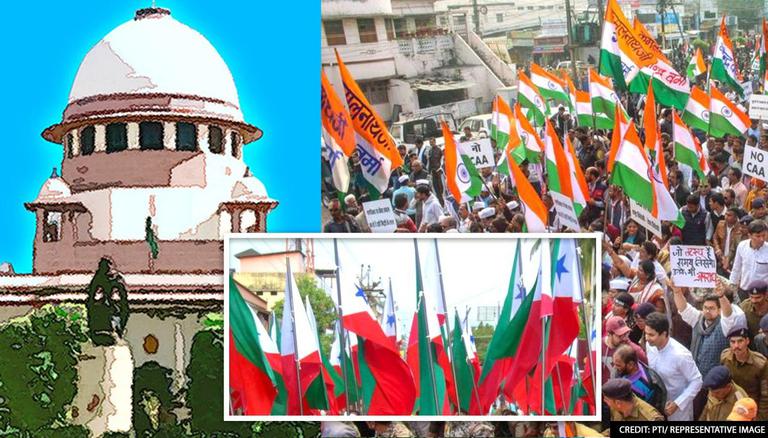 
In the latest development relating to the controversial Citizenship Amendment Act (CAA), the Popular Front of India (PFI) has moved the Supreme Court challenging the Centre's decision to invite non-Muslim minorities to apply for Indian citizenship from three neighbouring countries. As per the notification dated May 28, the MHA invited applications for citizenship from Hindus, Sikhs, Jains, Christians and Buddhists hailing from Afghanistan, Pakistan and Bangladesh who are currently residing in 13 districts of Gujarat, Rajasthan, Chhattisgarh, Haryana and Punjab. PFI became the second organisation to challenge MHA's order at the SC following the Indian Union Muslim League (IUML). In its petition filed at the SC, PFI has sought a stay on the MHA's notification pertaining to citizenship for non-Muslim refugees.

The IUML, which was incidentally the first petitioner to have challenged the CAA before the apex court, argued that the Citizenship Act, 1955 does not allow the classification of applicants on the basis of religion. Recalling that the Centre had told the SC that a stay on the CAA is not necessary as the rules under the law have not been framed yet, it alleged that this notification was an attempt to circumvent this assurance. Moreover, the political party stressed that it will be a herculean task to take back the citizenship of these persons if the CAA is struck down by the top court.

What is the Citizenship Amendment Act (CAA)?

The CAA seeks to provide citizenship to the minority communities, namely Hindus, Sikhs, Buddhists, Jains, Parsis and Christians from Afghanistan, Bangladesh and Pakistan. This will be applicable to the members of these communities having arrived in India on or before December 31, 2014. Moreover, they shall not be considered as illegal migrants. Additionally, the mandatory residence period for naturalised citizenship for these communities would be reduced to 5 years.

Several parties in the North East such as the (AASU) have been vehemently opposed to this legislation. To ameliorate their concerns of organizations such as the All Assam Students’ Union, the Centre has exempted a major part of the North East from the ambit of the Act. The opposition contended that the Act discriminates on the basis of religion, which might go against Article 14, which guarantees the right to equality.

After an hours-long debate in both the Lok Sabha and the Rajya Sabha, the legislation was cleared by a majority of the members voting in the favour of the Centre in December 2019. During the West Bengal election campaign, Union Home Minister Amit Shah revealed that the process of granting citizenship to refugees as per this legislation will commence after the end of the COVID-19 vaccination process. Interestingly, the implementation of the CAA was a key poll promise in West Bengal. CAA had caused an almighty on-ground political movement in late 2019 and early 2020, culminating in the 2020 Delhi Riots.