After Ashish Mishra failed to turn up at the Crime Branch office, Samajwadi Party chief Akhilesh Yadav latched on to rumours that he has fled to Nepal. 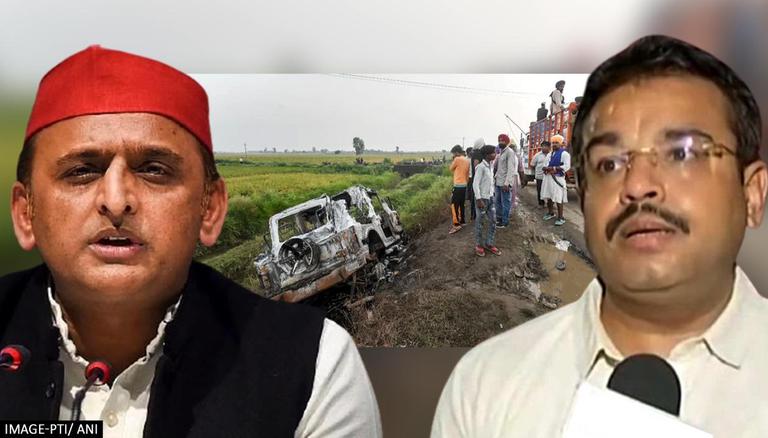 
After Ashish Mishra failed to turn up at the Crime Branch office on Friday, Samajwadi Party chief Akhilesh Yadav latched on to rumours that he has fled to Nepal. Speaking to the media in Lucknow, Yadav alleged that Union MoS Home has a close connection with Nepal. Calling upon the Centre to intervene, he expressed hope that it will ensure Mishra's repatriation so that he faces the law of the land.

SP chief Akhilesh Yadav remarked, "I don't have information regarding this. But if I am getting information from you, the Union MoS Home has an old connection with the Nepal border. He said in his speech that you should consider me not as an MP or Union Minister but something else. Understand the kind of relationship he had with Nepal. If he has fled to Nepal, the government of India should look into it. This is out of the Uttar Pradesh government's hands. We are hopeful that the Centre will take cognizance of this and will get him back from Nepal."

Earlier, Ashish Mishra's relative Abhijaat Mishra maintained that the former is in Lakhimpur and would cooperate with the investigation. While the UP police has formed teams to find him, he is reportedly changing his location constantly. Sources told Republic TV that his legal team is contemplating all possible options including seeking anticipatory bail.

Violence broke out in Uttar Pradesh's Lakhimpur Kheri district on October 3 leading to the death of 8 persons including 4 farmers.  Immediately after the horrific incident, UP CM Yogi Adityanath promised that the state government will expose the elements involved in the incident and take strict action against them. While the Samyukta Kisan Morcha have blamed Ashish Mishra for killing the farmers, he and his father have denied the charges.