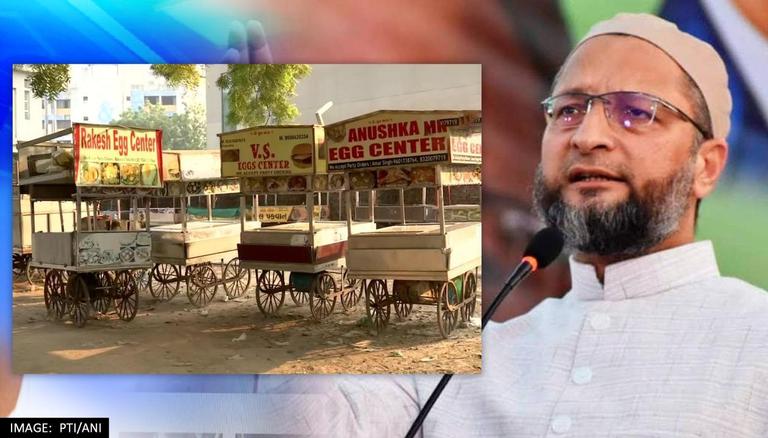 
AIMIM chief Asaduddin Owaisi has reacted to Gujarat non-veg stalls rows and that the food choices are part of the fundamental right to privacy. He accused Bharatiya Janata Party (BJP) of testing new waters to see what new ban they can get away with.

Taking to the microblogging site, All India Majlis-e-Ittehadul Muslimeen President tweeted, "Food choices are part of the fundamental right to privacy. Meats are a source of nutrition for many. BJP LOVES peeking into our homes; deciding lunch menus, judging who we worship or who we marry. BJP Gujarat’s next-gen is testing waters to see what new ban they can get away with."

Earlier this month, Rajkot civic body initiated a campaign to remove stalls selling non-vegetarian food, claiming that they were encroaching roads and hurting the religious sentiments of vegetarians because of public exhibitions. The other civic bodies across the state joined the crusade and took similar action. Meanwhile, on the other hand, BJP Gujarat chief CR Paatil and Chief Minister Bhudepdra Patel started that people are free to consume whatever they want.

“No one has taken such a decision. There is one minister who had said that there is encroachment because of such (carts and roadside stalls) or people standing on the footpath, should be removed. But, he (the minister) as well as all the (city) mayors have been told that there is no plan to stop such (carts and stalls). The Chief Minister has also made this clear in his speech yesterday in Anand," Paatil had said earlier.

On Saturday, he reaffirmed that no action will be taken against vendors who sell non-veg food on roadsides. Addressing a gathering in Rajkot, he directed all the Mayors not to take coercive action against non-veg food stalls on the pretext of saving the feelings of vegetarians.

"People are allowed to sell whatever they want as long as it isn't illegal. So there's no need in removing carts from the roads," Paatil asserted. He also advised civic authorities to reverse their decisions.