In his initial response after being released from jail, SP leader Azam Khan conceded that Samajwadi Party's performance in the UP polls was disappointing. 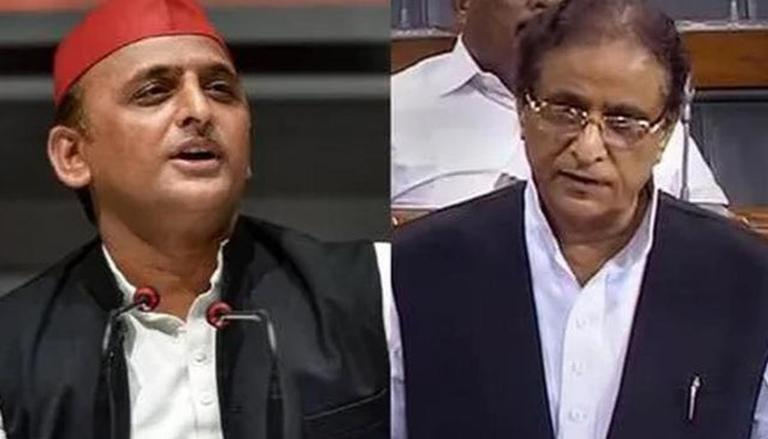 
In his initial response after being released from jail, senior Samajwadi Party leader Azam Khan conceded that SP's performance in the Uttar Pradesh polls was disappointing. Khan won the Rampur Assembly seat for the 10th time despite being behind the bars since February 2020. After being granted bail by the Supreme Court on May 20 in the 88th case registered against him, he walked free from the Sitapur jail a day later. Speaking to the media on Saturday, he lamented that the Samajwadi Party could not bring about a change in guard in Uttar Pradesh.

Azam Khan remarked, "Whether inside or outside the jail, people like me put in all our efforts. Despite this, the results were disappointing. The situation of the country and the state, the rift in personal relations, and the assault on the Ganga-Jamuni culture are a matter of concern. It is necessary to ensure that brotherhood and harmony prevail. If political parties are unsuccessful in that, it is worrisome."

He added, "Where is the question of my resignation? Whether it is Congress, BSP, SP, TMC and parties of other states must think about the weaker sections in the country. I feel that even BJP should think about this. Is Sabka Saath, Sabka Vikas, Sabka Vikas a false statement or a reality?"

READ | SP MP fearmongers on Gyanvapi mosque survey; 'Whatever is happening will not be tolerated'

On this occasion, the former Lok Sabha MP also addressed the charge that SP didn't support him effectively while he was behind the bars. The SP leader opined, "I was in jail for a long time. I don't what happened outside the jail on the political front. There must have been some compulsions. But I have no grievance or complaint. But I feel sad that change couldn't happen. We will examine where we lagged behind". . The speculation that Khan is miffed with SP had gained traction after he refused to meet a party delegation while he met PSP(L) chief Shivpal Yadav and Congress' Acharya Pramod Krishnam during his incarceration.

I was in jail for a long time,don't know what happened politically. There must've been some compulsions(for SP). I've no complaints but regret that no change could come;will think where I missed out in my loyalty,hard work,sincerity that I became such a vessel of hatred:Azam Khan pic.twitter.com/a09yNHD7lg

The UP Assembly elections were held in 7 phases - February 10, February 14, February 20, February 23, February 27, March 3 and March 7, whereas the counting of votes took place on March 10. Though Akhilesh Yadav ran a spirited campaign travelling the length and breadth of the state, he failed to dislodge the BJP government from UP. This came even as SP's vote share increased from 21.82% to 32.06%, which is higher than its 2012 vote share when it formed the government in the state by winning 224 seats.

WE RECOMMEND
Samajwadi Party leader Azam Khan released from prison after getting bail in 88th case
Azam Khan's woes likely to compound as ED seeks details of his 'illegally occupied' land
Akhilesh Yadav meets Azam Khan; claims 'UP Govt imposing bogus charges on SP leader'
Akhilesh Yadav cools down talks of rift with Azam Khan; says 'been supportive since day 1'
SP's Azam Khan gets bail from Allahabad HC but will remain in prison in another case