Yoga guru Baba Ramdev on Saturday said that after the three farm laws are repealed, farmers should stop their protest and go back home. 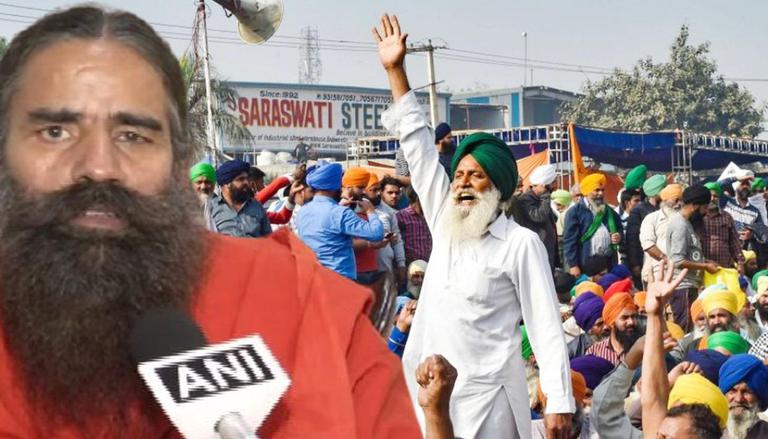 
Yoga guru Baba Ramdev on Saturday said that after the three farm laws are repealed, farmers should stop their protest and go back home. Pointing out that the intention of Prime Minister Narendra Modi as well as the schemes of the Central government is good, Baba Ramdev has urged the farmers to later bring up other issues like Minimum Support Price (MSP), and come to a solution.

"The whole issue MSP needs to be reviewed," the Yog Guru opined. Meanwhile, the farmers' union, on Saturday, postponed the tractor rally which was scheduled to be held on November 29. The Samyukt Kisan Morcha (SKM), an umbrella body of farmers’ unions, had earlier this month announced that starting November 29, 500 farmers will participate in peaceful tractor marches to Parliament every day during the Winter Session. The tractor marches were planned in order to observe one year of the protests against farm laws.

Earlier in the day, the BJP-led Central government promised to constitute a committee for discussion on the Minimum Support Price (MSP). Besides MSP, the to-be formed committee will deliberate on the issues of crop diversification, zero-budget farming. Confirming the same, Union Agriculture Minister Narendra Singh Tomar said, "This committee will have representatives from farmers' organizations. With the constitution of this committee, farmers' demand on MSP stands fulfilled."

The development comes a week after PM Modi announced his government's decision to withdraw the contentious laws. The Union Cabinet has also cleared the bill to withdraw the legislation, which will be tabled in the Parliament on November 29.

"After the announcement of the repeal of the three farm laws, there is no point in continuing farmers' agitation. I urge farmers to end their agitation and go home," the Union Agriculture Minister said.