Union Minister Dharmendra Pradhan on Thursday hit out at the Mamata Banerjee-led West Bengal government on several issues in the state. 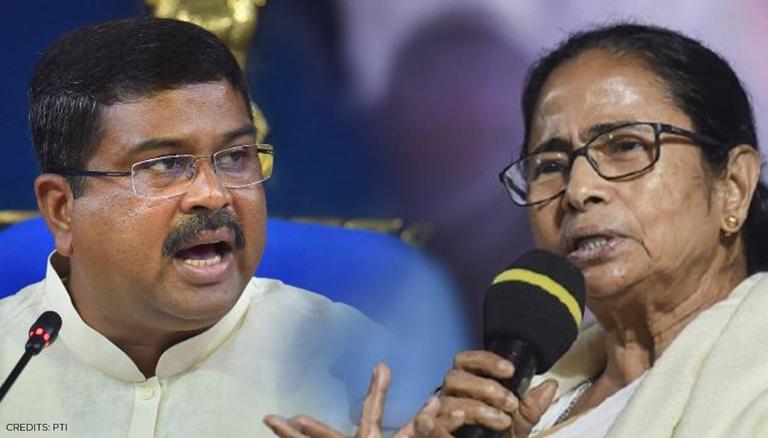 
Union Minister Dharmendra Pradhan on Thursday hit out at the Mamata Banerjee-led West Bengal government on several issues in the state. Taking to Twitter, Dharmendra Pradhan launched a scathing attack on the West Bengal government and asserted that it has been 'clueless and has been in deep slumber on several issues'. Pradhan added that these issues include women’s safety, Bengal post-poll violence, and safeguarding of rights of children orphaned due to COVID-19.

The Union Minister instead criticised Mamata Banerjee for shifting her focus to hide her failures. Moreover, he also remarked that the West Bengal CM is instead gaslighting the public. Pradhan's statement comes amid the tussle between the ruling Trinamool Congress and the BJP. Both parties have been at loggerheads since before the elections began. Moreover, the tussle further gained momentum after the recent West Bengal elections.

Bengal govt. has been clueless and has been in deep slumber on several issues, including women’s safety, post-poll violence and safeguarding rights of children orphaned in Covid. Shifting goalposts, CM Bengal is on a relentless pursuit to hide her failures & gaslight the public.

Earlier on Thursday, Union Minister Dr Harsh Vardhan too hit out at Mamata Banerjee for failing to ensure basic amenities to children who were orphaned owing to the COVID-19 pandemic in the state. Harsh Vardhan claimed that Banerjee ignored the Supreme Court’s order to collect the details of children orphaned by Coronavirus and upload them on the National Child Protection Commission portal.

The Mamata Banerjee-led TMC won a landslide victory in the recent assembly elections. The TMC defeated the BJP with a clear majority. The EC's data stated that the TMC won 213 seats while the BJP garnered 77 seats. However, the other alliance consisting of Congress-Left-ISF had failed to win a single seat. On the other hand, independent candidates have bagged two seats. The BJP gained 74 more seats than the previous election with a vote share of 38.13% against TMC's 47.94%. Even so, Mamata Banerjee was defeated by her ex-aide Suvendu Adhikari in Nandigram who had joined the BJP.