Suvendu Adhikari on Sunday said that West Bengal CM Mamata Banerjee has fielded the entire Cabinet, police and mafia for the by-polls in the Bhabanipur. 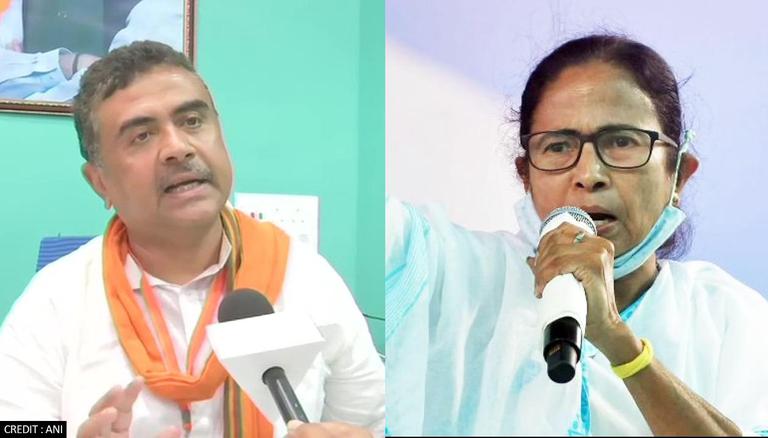 
The Leader of Opposition (LoP) in the West Bengal Assembly, Suvendu Adhikari on Sunday said that Chief Minister Mamata Banerjee has fielded the entire Cabinet, police and mafia for the by-polls in the Bhabanipur assembly constituency. He also claimed that the TMC chief will be defeated by BJP's Priyanka Tibrewal in the by-elections.

He further said that Trinamool Congress is a private and regional party and is limited to "aunt-nephew". Outside West Bengal, the TMC secures fewer votes than NOTA, Adhikari said. On the other hand, BJP is a democratic party there is no familyism and nepotism, he claimed.

In the last assembly elections, Mamata Banerjee fought against BJP's Suvendu Adhikari in Nandigram, where she lost by a margin of 1,737 votes. In the upcoming by-polls, BJP's Priyanka Tibrewal is fielded against CM Mamata Banerjee.

READ | 'I am the voice of West Bengal': Priyanka Tibrewal confident ahead of Bhabanipur by-polls

'Bhabanipur wants its own daughter'

Exuding confidence over her win in the by-polls, BJP candidate Priyanka Tibrewal called herself the 'daughter of Bhabanipur'. Claiming that she was born and raised in the constituency, Tibrewal had said, "Bhabanipur nijer meyekei chaay" (Bhabanipur wants its own daughter). Interestingly, the BJP candidate's catchphrase is similar to Mamata's pre-poll slogan "Bangla nijer meyekei chaay" (Bengal wants its own daughter). Tibrewal, BJP Bengal's youth wing vice-president, had lost two elections in 2015 and 2021.

Tibrewal recently slammed West Bengal CM for her silence in post-poll violence. During a press conference, she said that her fight is not against an individual but against injustice. "This fight is to save the people of West Bengal," she said. Notably, the BJP candidate was one of the petitioners and BJP's counsel in the post-election violence.

The Election Commission of India (ECI) had announced the by-polls schedule for Bhabanipur last week. The polling will take place on September 3 while counting of votes and result announcement on October 3.