Bihar Cabinet: Here's A List Of MLAs Likely To Take Oath As Ministers On August 16

With speculation rife that the cabinet expansion in Bihar is scheduled for August 16, Republic got exclusive details on Monday, August 15. Read further. 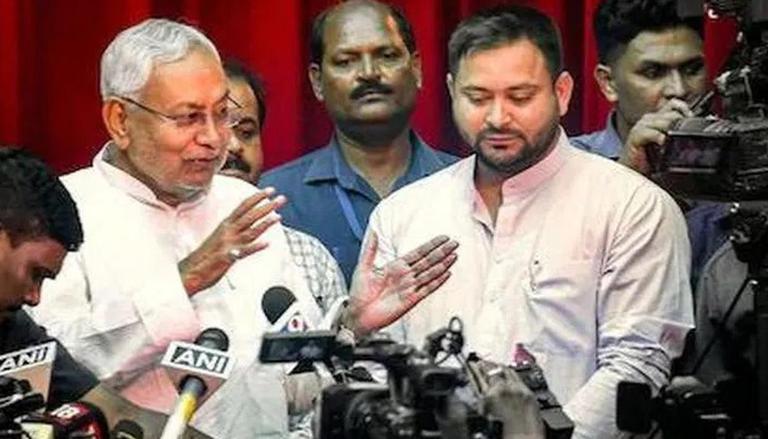 
With speculation rife that the cabinet expansion in Bihar is scheduled for August 16, Republic got exclusive details on Monday. Sources told the Channel that besides Chief Minister Nitish Kumar and Deputy Chief Minister Tejashwi Yadav, there are to be 30 Ministers in the cabinet. Out of the 30 ministers, 13 Ministers will be from the Janata Dal-United (JDU), 13 from the Rashtriya Janata Dal (RJD), two from the Congress, and 1 from the Hindustan Awam Morcha (HAM). Also, one independent will be made a Minister. Left parties are, however, to stay away.

The reforging of Mahagathbandhan & formation of govt in Bihar

Five years after returning to the NDA fold, Nitish Kumar took another U-turn on August 9 and joined hands with RJD, Congress, and the Left once again. He submitted his resignation to Bihar Governor Phagu Chauhan and staked a claim to form a new government with the support of 164 MLAs. This is Kumar's 8th term as the Chief Minister. Tejashwi Yadav is the Deputy Chief Minister for the 2nd time.

After the swearing-in ceremony, Nitish said, "The people in the party also had a lot of grievances, and when we sat together and discussed, then we took the decision to split. The party made the decision together (to leave NDA) and join the Mahagathbandhan." Standing alongside Nitish, Tejashwi said, "We are committed to the promises we made in 2020, ahead of the elections. We will provide jobs.. we will provide employment opportunities."