The BJP, on Thursday, alleged that Sanjay Raut and his family, including extended family, were "deeply involved" in the Patra Chawl land corruption case. 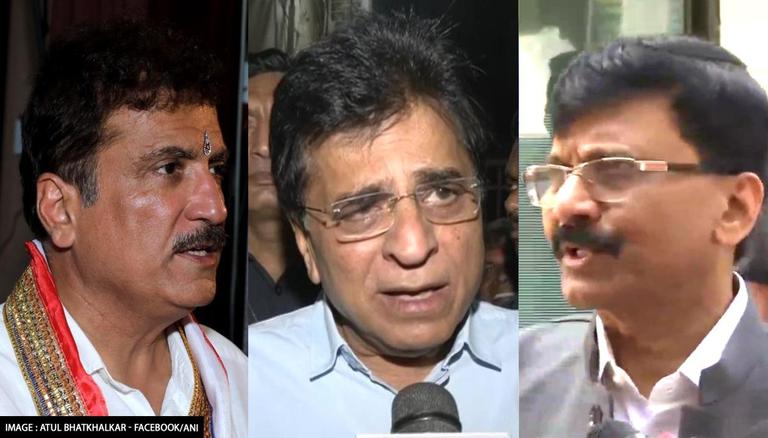 
After Shiv Sena MP Sanjay Raut's wife Varsha Raut was summoned by the Enforcement Directorate (ED), the Bhartiya Janata Party (BJP) on Thursday hit out at the family calling them the 'kingpin' of the Patra Chawl land scam.

Speaking to Republic TV, BJP MLA Atul Bhatkhalkar alleged that it was clear from the first day that Sanjay Raut and his whole family and extended family were 'deeply involved' in the Patra Chawl corruption.

"Why was the Rs 65 lakh non-interest loan not paid in the 3 years? Whether Pravin Raut pursued the return of the amount... no. It is a clear-cut case and Sanjay Raut is the kingpin. They have to check with both whether what Varsha or Sanjay Raut are saying is correct. ED is progressing in the right direction. Other leaders of Shiv Sena are also involved. The local corporator of Shiv Sena had pressurised the people to evacuate. So a section of the Shiv Sena and the whole Raut family is the kingpin of the scam," alleged Bhatkhalkar.

BJP leader Kirit Somaiya also levelled grave charges against the Raut family and said, "Everybody knows this, land transactions are by and large done by cash. Sanjay Raut used to influence government policies, he used to get liaison fees. Regularly he used to get cash from Pravin Raut. All his air transactions, foreign tour, and hotel bills were paid by him. ED has started the investigation and we will have to wait for what new things come out."

Sanjay Raut's wife, Varsha Raut, was summoned by the ED in the Patra Chawl scam, on Thursday. She would appear before the Ballard State-based office of the agency on a date which is yet to be disclosed.

What is the Patra Chawl land scam?

In 2008, the MHADA gave the contract for redeveloping Patra Chawl located in Mumbai to GACPL, a subsidiary of real estate firm HDIL. A tripartite agreement was signed between GACPL, MHADA, and the tenants' society to provide flats to the people living in 672 houses, develop flats for MHADA and sell the remaining area to private builders. However, the ED claimed that GACPL neither constructed the flats for the tenants as well as MHADA. Instead, it sold the floor space index to 9 private developers for about Rs.901.79 crore.

Moreover, the firm also collected Rs.138 crore as the booking amount for its housing project called Meadows. As per the central agency, Pravin Raut, who was a director of GACPL, received approximately Rs.100 crore from HDIL and diverted it to accounts of his close associates, family members and business entities. The ED alleged that Rs.83 lakh which was a part of the "proceeds of crime" was transferred to Sanjay Raut's wife Varsha who purportedly used this money to buy a flat in Dadar. Furthermore, Varsha Raut and Swapna Patkar purchased at least 8 plots of land at the Kihim beach at Alibaug in Maharashtra.