BJP MLA Nitesh Rane slammed the MVA government over the restrictions imposed on the celebration of the Ganesh festival to commence from September 10. 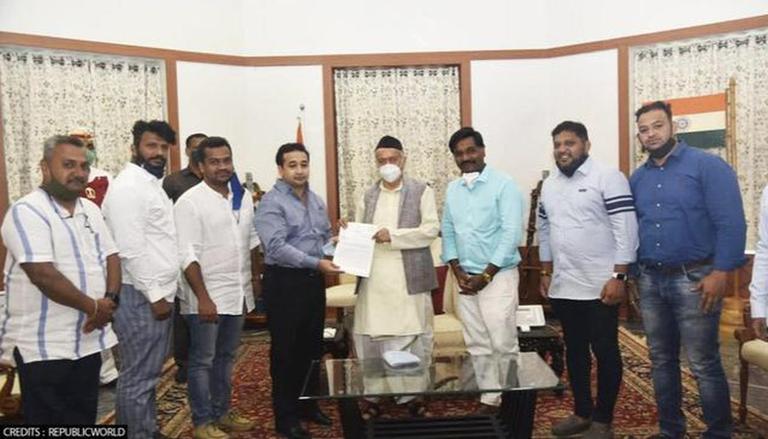 
Bharatiya Janta Party (BJP) MLA Nitesh Rane on Sunday slammed the Maharashtra Vikas Aghadi (MVA) government over the restrictions imposed on the celebration of the Ganesh festival to commence from September 10. Talking to the media, after meeting Maharashtra Governor Bhagat Singh Koshyari along with representatives of Ganesh mandals alleged that 'Hindus are in danger' in the state, he claimed that the government was deliberately targeting 'Hindu' festivals akin to West Bengal CM Mamata Banerjee's attitude towards Durga Puja.

"The Thackeray government has done the same thing to the Ganesh festival that Mamata Banerjee did to Durga Puja. We feel that the only Common Minimum Programme of this government seems to be reduce the importance of Hindu festivals by imposing restrictions on them in a predetermined manner. The last year's guidelines have been issued this year too simply by changing the date," BJP MLA Nitesh Rane opined.

Addressing the criticism on BJP repeatedly seeking Governor's intervention, Union Minister Narayan Rane's son stressed that CM Uddhav Thackeray had not responded to any of the 25-30 letters which he had written to him. Moreover, he added, "Just because he sits in the house, he feels that the Ganesh festival should be celebrated at home. If the state gets such a Chief Minister, what's the use?"

This year too, prior permission from the local administration is required to set up public pandals. No processions are allowed while bringing and Ganesh idol immersion is also prohibited. Moreover, the height of idols is expected to not exceed four feet and two feet for Ganpati idols in public places and homes, respectively. The state government has stressed following COVID-19 norms by avoiding crowding and encouraging live telecast instead.

So far, 4,93,72,212 tests have been conducted for the novel coronavirus throughout various labs in the state. While 4,31,539 persons are under home quarantine, 2,761 others have been admitted to institutional quarantine centres. The COVID-19 recovery rate and fatality rate in Maharashtra stood at 96.72 % and 2.1% respectively.