Voicing his Opposition to yet another Central law, BJP MP Varun Gandhi on Monday, warned the Centre against privatising govt banks and PSUs like BHEL, MTNL 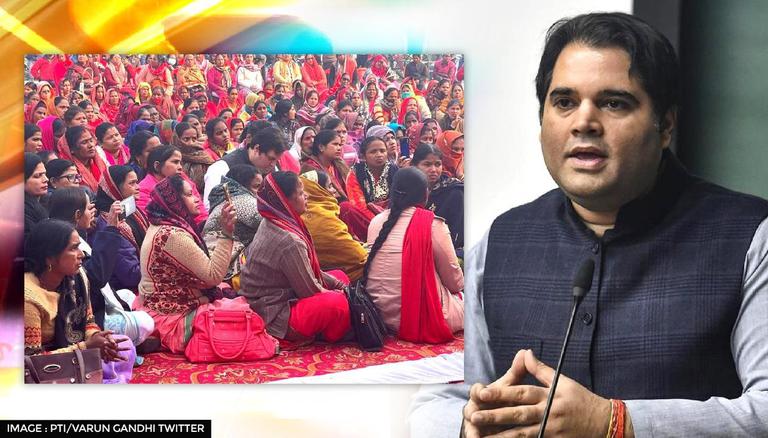 
Voicing his Opposition to yet another Central law, BJP MP Varun Gandhi on Monday, warned the Centre against privatising govt banks and PSUs like BHEL, MTNL, BSNL, airports and airlines. Addressing contract workers in Pilibhit, he claimed that 8-10 lakh people will lose jobs if banks were privatised. He lamented, "Who'll retrain them & employ them again? Who'll feed their children?".

He also backed regularisation of Pilbhit contract workers employed in MNREGA, Health, Anganwadi, Asha, Shikshamitras and others. "Contract workers are also entitled to equal honour and respect like other government employees. I will stand with them till the end of this fight for regularization and respect," said Gandhi. He also opposed govt employees extorting businessmen, slamming govt inaction.

Recently, Gandhi has been rebuking the Centre and UP over farmer issues, UP police's excessive action, rise in crime, trashing of teachers - months ahead of UP polls. He also shared a draft MSP Bill which has been submitted to parliament for scrutiny. Gandhi's draft suggests MSP at 50% profit margin of production cost, codification of crops, payment within 2 days, separate dept for MSP.

Previously, Gandhi had written to Adityanath seeking a hike in sugarcane prices from the announced Rs 350/quintal to Rs 400/quintal citing rising cost and inflation. Standing by the farmers, he said that they were hoping for an increased price as they are living in misery due to a raise in seeds, fertilizer, and power costs. He also lamented the loss of 700 farmers in the protest, demanding compensation for them and rebuked the Centre for not repealing the laws earlier.

Gandhi - a Lok Sabha MP since 2009, was appointed as BJP's general secretary - the youngest to hold that position in the party. However, he gradually started losing his prominence after the saffron party came to power at the Centre in 2014. His camp's attempt to project him as BJP's UP CM candidate in 2017 reportedly did not go down well with the party leadership. Later, he and his mother Maneka Gandhi was dropped from the reconstituted 80-member BJP National Executive.