BJP MP from UP, Harnath Singh Yadav has written to Prime Minister Modi Thursday demanding a Bharat Ratna for the contributions of Chaudhary Charan Singh. 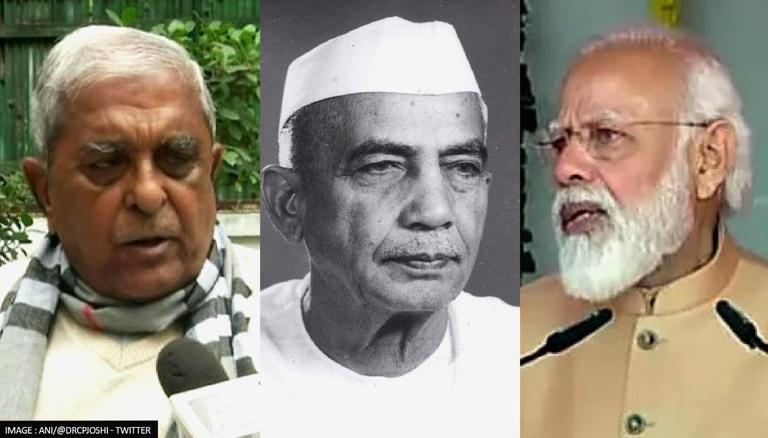 The BJP MP Yadav wrote to Prime Minister Modi on Thursday and urged him to consider his three demands to pay a tribute to the fifth Prime Minister of India. In the letter, Yadav wrote in Hindi, “Today is the birthday of the great leader of farmer politics, the former Prime Minister of India, Late Chaudhary Charan Singh Ji. Whether in the government or outside the government, Chaudhary Sahab has always fought an unforgettable struggle for the cause of farmers and this struggle was fought with sincerity. It was not meant to fulfil any political intentions. In the last 7 years, you have done many works for the farmers with full devotion and dedication and the whole country accepts it.”

Yadav further asked the Prime Minister to consider his three requests to facilitate the former Prime Minister on his birth anniversary, including conferring him Bharat Ratna, naming the Ganga Express Route in UP after his name and renaming the Krishi Bhawan as Chaudhary Charan Singh Krishi Bhawan.

The three requests made by him in the letter were:

Every year on December 23, Kisan Diwas or National Farmers Day is commemorated in India. This day is celebrated to honour the Indian farmers as well as to show gratitude for their contributions to building the nation's economy. The day marks the birth anniversary of India's fifth Prime Minister, Chaudhary Charan Singh whose contributions to the country's agricultural development are commendable.

Chaudhary Charan Singh was born in Noorpur, Uttar Pradesh, to a rural peasant family. His attempts to improve the conditions of India's farmers earned him the moniker of "champion of India's peasants" as per the Free Press Journal.

Former PM Charan Singh proposed the Debt Redemption Bill in 1939 to protect peasants from moneylenders and their misdeeds. He was also the Minister for Agriculture and Forests in Sucheta Kripalani's Ministry from 1962 to 1963. Further, another bill created by Charan Singh has been the Land Holding Act of 1960. He has even worked on the Zamindari Abolition Act of 1950.