The LiquorGate Sting was released by the BJP on Monday, a little after 12pm. In the shocking sting, the LiquorGate Accused confesses to bribes. 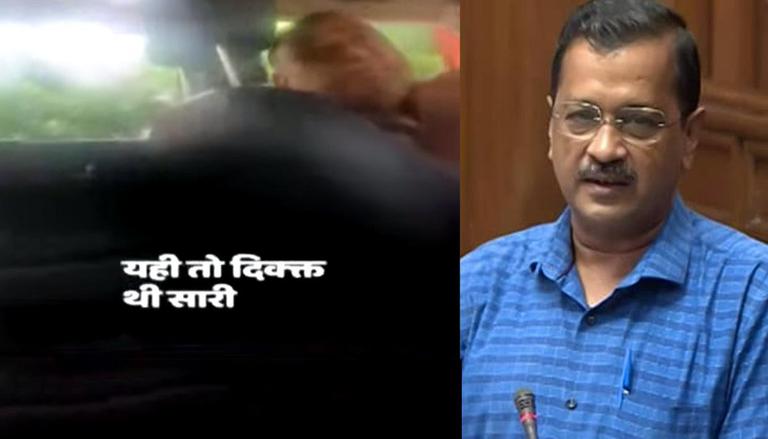 
The LiquorGate Sting was released by the BJP on Monday, a little after 12pm. In the shocking sting, the LiquorGate Accused confesses to bribes. The Sting was released by the BJP with the demand that Arvind Kejriwal should immediately axe Manish Sisodia. The sting was released with the allegation that it is now established that blacklisted companies were given licenses by Kejriwal's government, liquor lobbies exploited profits at the cost of the taxpayer and commissions were doled out at astronomical rates of 12%.

The shocking sting as released by the BJP, if proven, has huge ramifications on the political scenario in Delhi and gives a fresh twist to the LiquorGate Scam.  Going for the jugular, the BJP's top focus was on the alleged bribes, black money and blacklisted companies as it plays out in the released sting. The sting comes amid the scandal of LiquorGate which has persisted to haunt Arvind Kejriwal's government.

"We asked Arvind Kejriwal Ji and Manish Sisodia five questions regarding the new excise policy. However, the questions remain unanswered, and therefore we have come here to expose them through a sting operation".

Releasing the Liquor Gate Sting, BJP Spokesperson Sambit Patra stated that a sting was done and is available in the public domain. "This sting has exposed the AAP that came with the Anti-corruption claim. It has now been proven that they are a hardcore corrupted party," Patra said.

BJP played the sting in which the a man Kulwinder Marwah said, "Kejriwal can not implicate and escape. The commission and everything were decided with Delhi CM Kejriwal. The video has proven that the license was given to the blacklisted companies," the man in the sting allegedly says.No immediate reaction has come in from the Aam Aadmi Party (AAP) over the allegations.

Addressing a press conference, Delhi BJP president Adesh Gupta claimed the Arvind Kejriwal government is not answering the questions asked by the BJP and the people, and is indulging in all kind of "drama" to divert attention from the scam in Excise Policy 2021-22.

"The recent special session of Delhi Assembly was nothing but an attempt by the AAP government to divert the attention of people from the liquor scam. Not a single issue concerning people was discussed in the five day-session,” the BJP alleged.

The Excise Policy 2021-22 was withdrawn by the AAP government in July. The CBI is probing the LiquorGate Scandal. Chief Minister Arvind Kejriwal and his deputy Manish Sisodia, who also holds the excise portfolio, have claimed that there was no scam in the policy. Sisodia, accused No. 1 in a FIR registered by the CBI in the matter, has also claimed that he was given a clean chit by the probe agency.

While the AAP is yet to respond on the said sting, many believe that the onus now lies on Kejriwal and his aide and liquorgate accused no. 1 Sisodia.