In a setback for the Uddhav Thackeray camp, the alliance of BJP and Eknath Shinde's Shiv Sena faction got a resounding success in the Gram Panchayat polls. 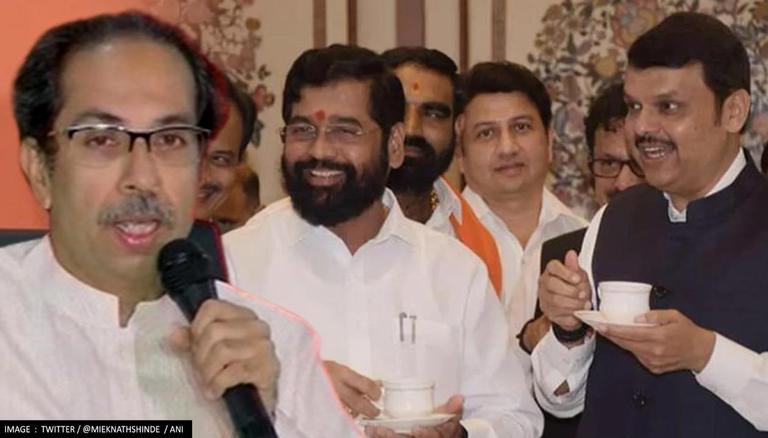 
In another setback for the Uddhav Thackeray camp, the alliance of BJP and Maharashtra CM Eknath Shinde's Shiv Sena faction got a resounding success in the Gram Panchayat polls. Overall, 299 out of 581 elected Sarpanchs belonged to the Maharashtra's ruling tie-up.

This included 259 candidates of the BJP and 40 nominees of the Shiv Sena group led by Shinde. Thus, the BJP-Shiv Sena alliance effectively won over 50% of the Sarpanch posts that went to the polls on September 18. Meanwhile, BJP emerged as the number one party in the Gram Panchayat election once again.

Thanking party workers and voters, Maharashtra Deputy CM Devendra Fadnavis remarked, "The Gram Panchayat elections result is a stamp of approval on the Shiv Sena-BJP alliance. It is not the Shinde camp but Shiv Sena. On the other side, there is the remaining Sena. The people have completely accepted our alliance comprising the main Shiv Sena which functions as per the ideology of Balasaheb Thackeray and BJP". This was the first direct election held for the Sarpanch's post after the passage of the Maharashtra Village Panchayats (Amendment) bill in August. The legislation was strongly opposed by the MVA.

On June 30, Eknath Shinde, who handled the Urban Development and Public Works (including Public Undertakings) portfolios in the MVA government took oath as the new Chief Minister of Maharashtra. This came a day after Shiv Sena president Uddhav Thackeray resigned. Shinde was instrumental in the downfall of the state government as 38 other Sena MLAs joined him outside the state in protest against the continuation of the alliance with NCP and Congress. Devendra Fadnavis who was pipped to be the CM was inducted into the Cabinet as his Deputy even as he initially declined to be a part of the government.

The Eknath Shinde-led government received a big boost on July 3 as BJP's Rahul Narwekar was elected as the Speaker of the Maharashtra Assembly. While he polled 164 votes, only 107 MLAs voted in favour of MVA's candidate Rajan Salvi. The government won the vote of confidence a day later with a 164-99 margin. However, the fate of the government will be decided by the Supreme Court's verdict on the pleas filed by the Thackeray camp seeking the disqualification of rebels and challenging the Governor's decision to swear in Shinde. Meanwhile, the Shinde camp has urged the EC to recognise it as the real Shiv Sena.