BJP leader Amit Malviya launched a scathing attack against TMC & claimed that CM Mamata Banerjee was unable to handle Bengal, as she launched her Goa campaign. 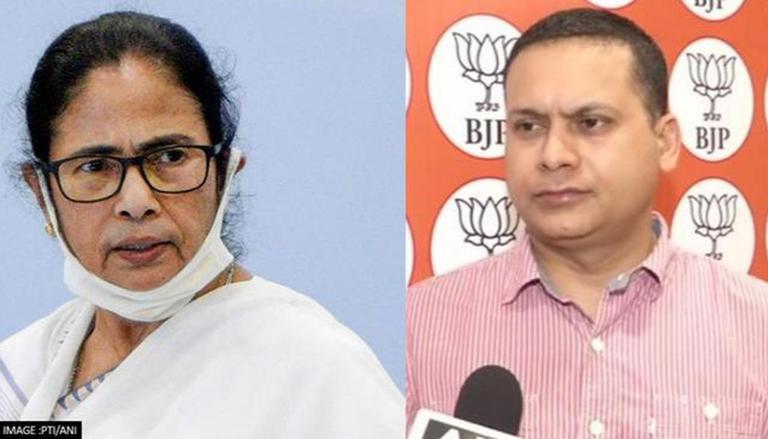 
BJP IT Cell head Amit Malviya launched a scathing attack against West Bengal Chief Minister Mamata Banerjee and slammed TMC’s move to fight elections in Goa, as he claimed that Banerjee was unable to handle Bengal. Slamming the Trinamool Congress (TMC), Malviya said, ''TMC stands for "terror, murder and cut money politics" and this is the party’s agenda in Bengal.

"TMC means terror, murder and cut money politics. This is what has been happening in Bengal. Mamata Banerjee should handle Bengal first and then worry about the country," Malviya said while speaking to ANI on Saturday.

While responding to the TMC supremo’s attacks on the central government on rising fuel prices and inflation, Malviya responded and said that in Bengal, the reason behind the inflation is CM Banerjee as she raised the price of fuel over the last two years. The BJP IT Cell head added, "As far as the price of petrol and diesel is concerned, the Mamata Banerjee-led government has increased petrol price by Rs 6 per litre and diesel price by Rs 3 per litre in the last one year. On the other hand, the central government has reduced the excise duty. If it is the issue of rising inflation and fuel prices, then Mamata Banerjee is responsible for it in West Bengal."

READ | Mamata Banerjee says TMC came to Goa to fight BJP, 'If not fought, they will sell country'

Malviya also took a shot at West Bengal Chief Minister Mamata Banerjee on her Goa tour, claiming that Goa's per capita GDP is among the highest in India, while West Bengal is ranked 22nd.

"How will Banerjee, who is unable to manage her own state, do the welfare for the people of Goa? If the opposition parties want to fight the elections together against the BJP, they can do it, it is their right. But the big question is how many votes Mamata Banerjee's party will be able to garner for any opposition party in Goa. There is a big difference between doing politics of appeasement in Bengal and taking everyone along across the country," he told ANI.

Mamata Banerjee was on a three-day visit to Goa from October 28-30. On Friday, while campaigning for the TMC, she inducted Tennis champion Leander Paes into the party, visited fish markets and fishing communities, paid visits to temples and held talks with party leaders.