BJP leader Lanka Dinakar on Monday slammed Prashant Kishor over his criticism of the orphan scheme and said that he is behaving like "Ashanti Kishor". 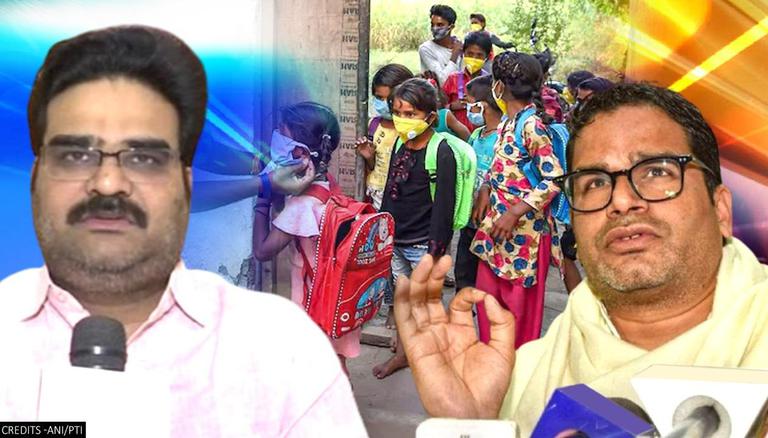 
After poll strategist Prashant Kishor criticised the Central government over financial assistance to children orphaned due to COVID-19, Bharatiya Janata Party (BJP) leader Lanka Dinakar on Monday slammed Kishor and said that he is behaving like "Ashanti Kishor".

Dinakar was quoted by ANI saying, "The whole country is welcoming the decision of Prime Minister Narendra Modi to assist children who lost both parents and were orphaned due to the Covid pandemic. Funds from PM CARES are being used to assist these children."

"Prashant Kishor is unable to digest the scheme, which is why he is criticizing it. The Prime Minister is securing the future of the children who have been orphaned due to Covid by providing them with free education, health assurance, and even Rs 10 lakh rupees deposit that can be used by these children after they reach 18 years of age and Prashant Kishor is trying to criticize the government...He is behaving more like Ashanti Kishor," he added.

He further stated, "People have witnessed the kind of bad and violent strategies that Prashant Kishor plans in Andhra Pradesh and even in the recent West Bengal elections, the post-poll violence was his plan."

Earlier, Prashant Kishor had hit out at the PM Modi-led government on Sunday over the newly introduced 'PM CARES for Children Scheme', alleging that the Centre was doing nothing for the children who needed immediate support. Earlier in the day, the Union Cabinet approved the 'PM CARES for Children Scheme' for children who lost parents to COVID-19 with benefits such as free education, monthly stipend, free health insurance, and several others.

READ | Virat Kohli who turned 'vegan' reveals he has eggs in his diet; netizens raise questions

- Instead of receiving much needed support NOW, the children should feel POSITIVE about a PROMISE of stipend when they turn 18 (1/2) https://t.co/6m4uu16YWM