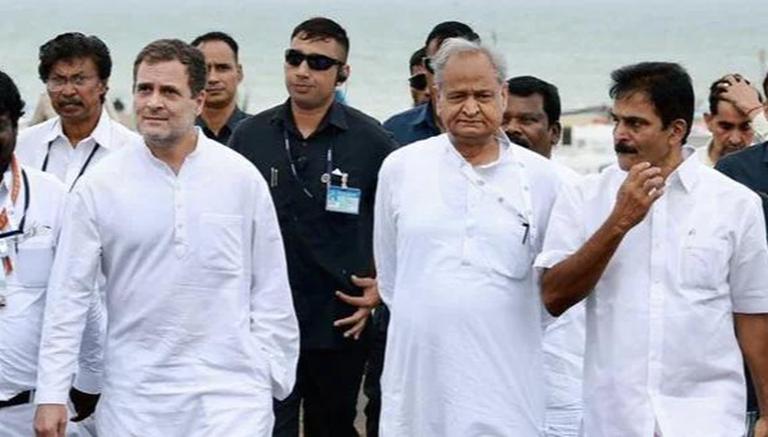 
Chhattisgarh Chief Minister Bhupesh Baghel took a swipe at the BJP on Wednesday saying that believers in British policies are now spreading poison and attempting to divide the country. He was addressing a public meeting in Tamil Nadu after Congress leader Rahul Gandhi flagged off the ‘Bharat Jodo Yatra’ from Kanyakumari.

Baghel said that Rahul Gandhi launched the padayatra from this holy place to once again spread the message of brotherhood and unity and to highlight the problems of the common people.

Earlier, the chief minister also paid tributes at Thiruvalluvar Memorial and visited Gandhi Mandapam in Kanyakumari, Tamil Nadu. He said that Swami Vivekananda took power from this place and gave a message of unity to the world at the Chicago conference. Mahatma Gandhi too gave the message of peace and brotherhood here.

Referring to BJP, he said, "Only those who believe in the British policies are spreading poison in the country. They are destroying the unity and brotherhood of the country. Rahul Gandhi started the Bharat Jodo Yatra to highlight the fundamental problems of the common people including the poor, labourers, tribals, and Dalits of the country."

Congress on Wednesday launched its nationwide 'Bharat Jodo Yatra' with the handing over of the national flag to former party president Rahul Gandhi.

At the formal launch rally, senior leader Digvijay Singh thanked Gandhi for agreeing to 'walk all the way from Kanyakumari to Kashmir' for the yatra.

The party further said when 139 crore Indians come together for one cause, no power in the world can stop them from achieving it, and "the yatra has begun to fight for all voices, in one voice".