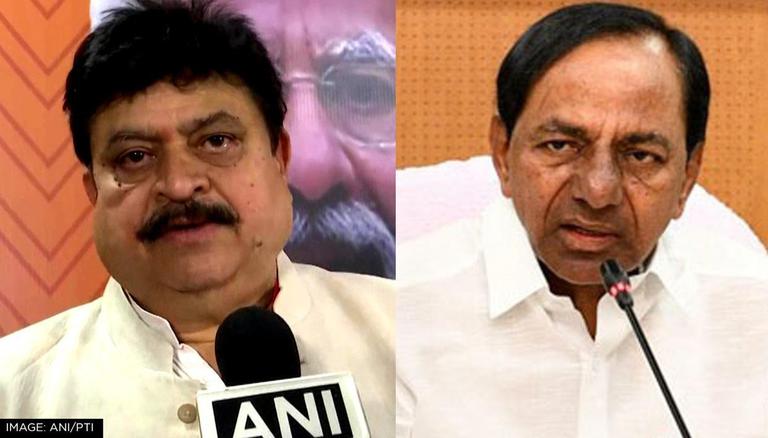 Speaking to ANI, the BJP leader said while claiming that the Telangana government is not following the principles of "cooperative federalism" further called it a "mistake" on the part of CM KCR by remaining absent from the meeting.

"The Telangana Chief Minister did not attend the NITI Aayog meeting and has politicized it instead. The administrative link between a state and the central government is important. KCR has committed a mistake by not attending the meeting", he added.

Notably, Telangana chief minister K Chandrasekhar Rao in a bid to protest against the central government's policies and "discriminatory attitude" towards his state had earlier informed that he would not attend the NITI Aayog meeting which was scheduled to be held on August 7, Sunday. In a strong-worded letter written to PM Modi, he shared his reasons as well as expressed his displeasure with the activities of the Centre. Apart from him, Bihar Chief Minister Nitish Kumar was also absent from the meeting.

READ | Use of technology & crop diversification being promoted in Haryana, says Khattar at NITI Aayog meet

In line with the statement made by the Kerala Chief Minister during the meeting as he asked the Centre to not go against the federal structure of the constitution, the BJP leader asserted that the central government is following a 'cooperative federalism' in the country.

Rao also recalled that the CM had put forward the demand for Kerala regarding the allocation of funds.

Mr Vijayan showcased Kerala's strides towards decentralising power to local self-governments in adherence to the 11th and 12th schedules of the Constitution.

Notably, the Kerala CM while speaking at the meeting said Kerala has entrusted matters related to panchayats and municipalities to the local self-governing bodies in adherence to the 11th and 12th schedules of the Constitution, and thus the Centre should consider the aspect while distributing consolidated funds.

In addition to that, he also raised the issue of GST hikes in the meeting urging the government to review the imposition of GST on essential items.