Lashing out at AIMIM chief Asaduddin Owaisi, Shiv Sena via a Saamana editorial on Monday, alleged that Owaisi was breaking the anti-BJP votes to win some seats 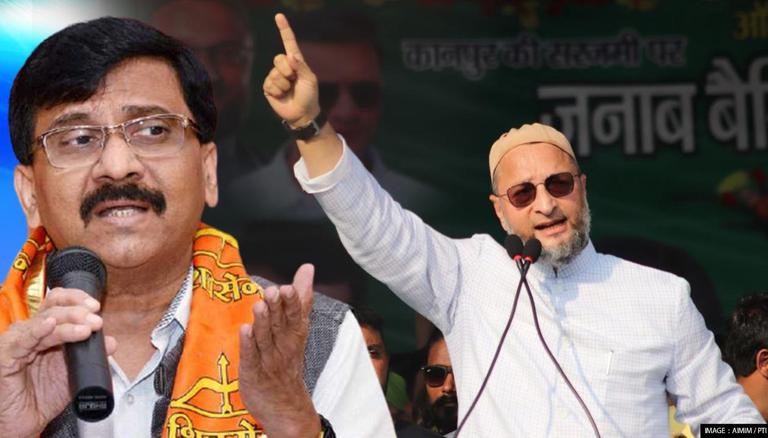 
Lashing out at AIMIM chief Asaduddin Owaisi, Shiv Sena on Monday, alleged that Owaisi was breaking the anti-BJP votes to win some seats. Citing Owaisi's many provocative speeches, Sena via its mouthpiece Saamana, alleged that Owaisi was in full campaign mode.  The 403-seat UP assembly where Yogi rules with an iron-clad majority of 314 seats, is up for grabs in February 2022.

Sena cited that Owaisi had tried to woo the Muslim votes away from Mamata Banerjee, adding that Hindu-Muslim unity had prevailed. It added that in Bihar, Owaisi had played havoc with the Muslim votes making Tejashwi Yadav lose the election by a meager margin. Slamming AIMIM supporters for raising 'Pakistan Zindabad' slogans in Kanpur, Sena claimed that the Indian Muslims did not consider him as their leader. It claimed that Owaisi was being used to bifurcate votes raising pro-Pakistan slogans by the BJP to win.

On Sunday, lamenting over the lack of representation of Muslims in UP politics, AIMIM chief Asaduddin Owaisi likened the community to an orchestra at a wedding. Claiming that like the 'band baja' are asked to play music but remain outside the wedding hall, Muslims to have no leader to represent them. Vowing that it won't happen anymore, he said that 19% Muslim population will get a leader. He has also accepted being dubbed 'Chachajaan' by Rakesh Tikait, saying he is protecting the vulnerable.

READ | Asaduddin Owaisi doubles down on Tikait's 'Chachajaan' jibe; says 'I am their abba also'

"The condition of Muslims has become like a ‘band baja party’ in a marriage procession where they (Muslims) are first asked to play music, but are made to stand outside on reaching the wedding venue. 19% Muslims in UP but they have not one leader," said Owaisi.