BJP leader Babul Supriyo stepped down as the Union Minister of State for Environment, Forest & Climate Change, hours before the Union Cabinet reshuffle. 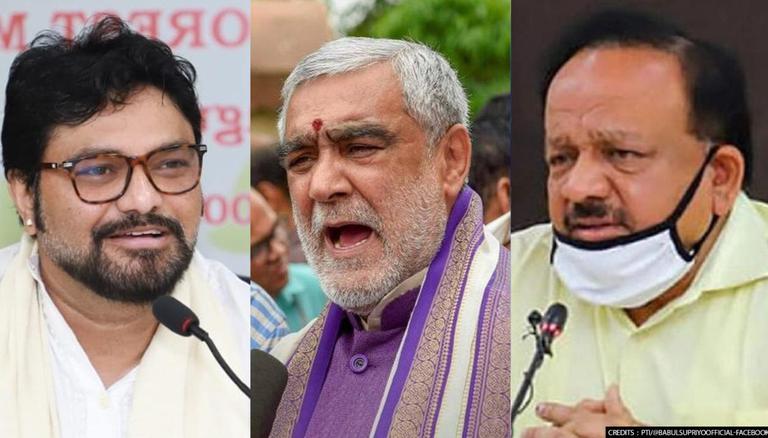 
Ahead of the much-anticipated cabinet rejig, a number of Union Ministers tendered their resignations on Wednesday. The latest Minister to join the list of leaders who quit their position is Union Minister of State Babul Supriyo. He stepped down as the MoS for Environment, Forest and Climate Change, hours before the cabinet reshuffle. This takes the total number of resignations in the Modi cabinet to 12, so far.

In a Facebook post, Supriyo confirmed his resignation and thanked PM Modi for giving him the 'priviledge to serve as a Member of his Council of Ministers.'

"My bestest of wishes to my colleagues, whose names I can’t spell out but by now everyone is aware, will be sworn in as Hon’ble Ministers from Bengal. I am surely SAD for myself but very HAPPY for them," the BJP leader wrote further.

Prior to that, Union Health Minister Dr Harsh Vardhan also tendered his resignation in a major Cabinet revamp. This was followed by Union Labour Minister Santosh Gangwar and Minister of Chemicals and Fertilizers Sadananda Gowda steppings down from their respective positions. On the other hand, Education Minister Dr Ramesh Pokhriyal 'Nishank' wasremoved from the Modi cabinet due to health reasons.

READ | Ahead of Cabinet expansion, Department of Public Enterprise brought under Finance Ministry

Besides this, MoS Education, Communications, Electronics & IT and BJP leader from Maharashtra Sanjay Dhotre resigned. MoS for Woman and Child Development Debasree Chaudhuri resigned from the Modi cabinet and MoS Consumer Affairs, Food and Public Distribution Raosaheb Danve Patel has quit the cabinet.