Even as Mamata Banerjee asserted recently that "there is no UPA anymore", P Chidambaram opined on Thursday that the Congress party and TMC should come closer. 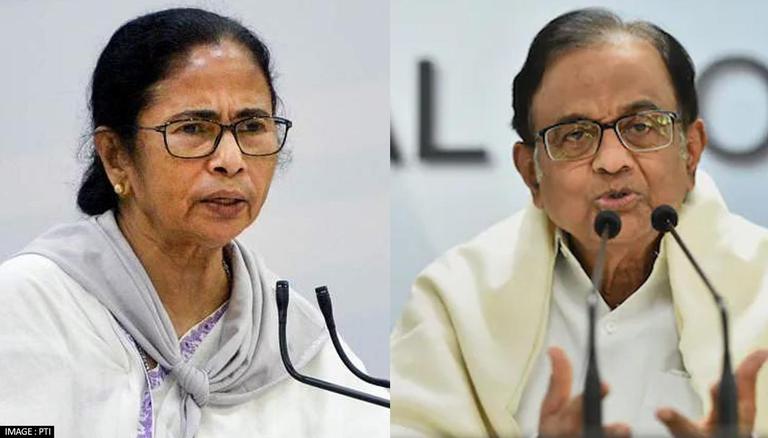 
Even as Mamata Banerjee asserted recently that "there is no UPA anymore", P Chidambaram opined on Thursday that the Congress party and TMC should come closer. This comes even as the two parties are contesting against each other in the upcoming Goa Assembly polls. Speaking at a press conference in Panaji, the Congress MP described Banerjee as a "friend" who simply has a different approach. He also agreed with Shiv Sena MP Sanjay Raut's observation that Congress must take a lead in bringing together opposition parties under the UPA umbrella.

Senior Congress leader P Chidambaram was quoted as saying by PTI, "(West Bengal Chief Minister) Mamata is a friend of mine. I know over 20-25 years she has got a particular approach, we have approach. It is good for the country if the two approaches converge."

Thereafter, she visited Delhi and met various opposition leaders including Congress president Sonia Gandhi. In an attempt to expand its base across the country, TMC has increased its political activities in Tripura and Goa aimed at emerging as an alternative to Congress. However, the party has riled Congress in the process by inducting many of its leaders such as Sushmita Dev, Abhijit Mukherjee, Kirti Azad, Ashok Tanwar and former Goa CM Luizinho Faleiro. Incensed by the growing political capital of the Mamata Banerjee-led party, Congress recently accused TMC of indirectly helping BJP by dividing the secular votes.

READ | TMC leader poses with gun at her office in Malda; BJP says 'It has become their culture'

Commenting on Congress during her Mumbai visit on December 1, the TMC supremo said, "They cannot take the decision (of forging an alliance). They just waste time and allow BJP to be more and more powerful. And that is the TRP of BJP. We will not allow that. We are watching for 6-8 years. Till somebody is not coming out openly, then somebody has to bell the cat. I am a simple worker. But I want to see that BJP is out from this country politically."