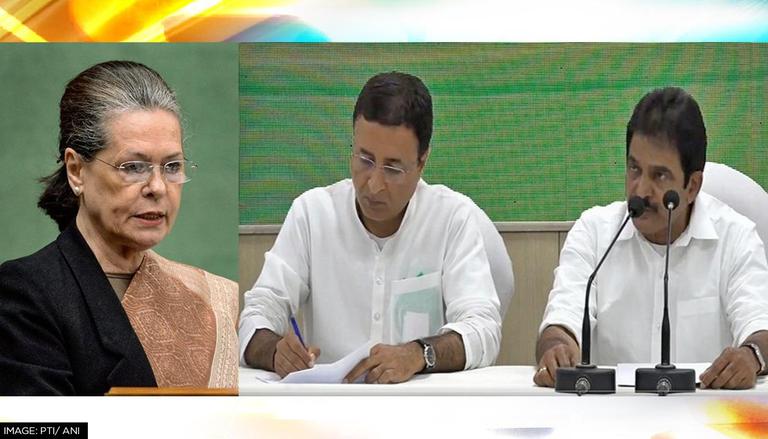 
Amid rising demands from G-23 leaders for organisational changes in the party, Congress has called a meeting of General Secretaries and in-charges on Saturday. During the meeting, the party leadership is expected to discuss a range of issues including the organizational elections being suggested by the members. The decision to hold the meeting comes only hours after Sonia Gandhi told G-23 members that no major change will be made in the party until the election for the party's president post is held.

All India Congress Committee (AICC) General Secretaries and in-charges will now attend a meeting chaired by General Secretary (organisation) KC Venugopal. The party’s top brass will attend the meeting and attempt to resolve the infighting that is boiling within the party. The Agenda for the meeting includes, "Special Membership Drive, Organizational Elections and Planning agitational programmes."

The meeting comes after members of the so-called G-23 of the Congress party continued to push for internal reforms. Congress interim president on Tuesday held a meeting with G-23 leaders Anand Sharma, Manish Tewari and Vivek Tankha at her residence in New Delhi. The meeting was held in an attempt to resolve the deepening rift within the party, which began after Congress crashed out in all five states in the recently concluded Assembly elections.

No changes in Cong until President poll is held: Sonia Gandhi

During her meeting with the G-23 leaders, Sonia Gandhi said that there will be no changes in the party until the election for the party's president post is held in August-September this year. "By August-September, the election for party's president will be over. Focus on that. I can make changes only to a certain extent by then," the ANI quoted Sonia Gandhi as saying. As per ANI sources, the party leadership discussed the situation at hand and addressed several ways to resolve the leaders’ dissatisfaction with the top brass.

The rift in Congress came to the fore once again after the party's massive defeat in Uttar Pradesh, Uttarakhand, Goa, Manipur and Punjab. Speaking exclusively to Indian Express on March 15, key G23 leader Kapil Sibal opined that the Gandhis should step aside from their leadership roles. Alleging that the party leadership is living in "cuckoo land", he made his preference clear for a 'Ghar ki Congress' over 'Sab ki Congress'. On this occasion, he also questioned the rationale behind formally elevating Rahul Gandhi as the Congress chief, citing that he is the de-facto president already.

In a show of strength on March 17, 18 leaders participated in the G23 meeting at Ghulam Nabi Azad's residence in Delhi. In a statement released after the meeting, G23 called upon the party to adopt a "collective leadership" while refraining from explicitly criticising Sonia Gandhi, Rahul Gandhi, or Priyanka Gandhi Vadra. As per sources, G23 leaders might find a place in the CWC or a new body like the Parliamentary Board which will take policy decisions such as finalising CM candidates and alliances with like-minded parties.

As G23 has reportedly sought the ouster of Congress general secretary (organization) KC Venugopal, chief spokesperson Randeep Surjewala and general secretary Ajay Maken, some of these leaders might be shifted to other posts to placate the dissident group.