There are raids by ED, CBI & Income Tax only on Opposition leaders. You are constantly weakening the democracy, said Congress leader Rashid Alvi. 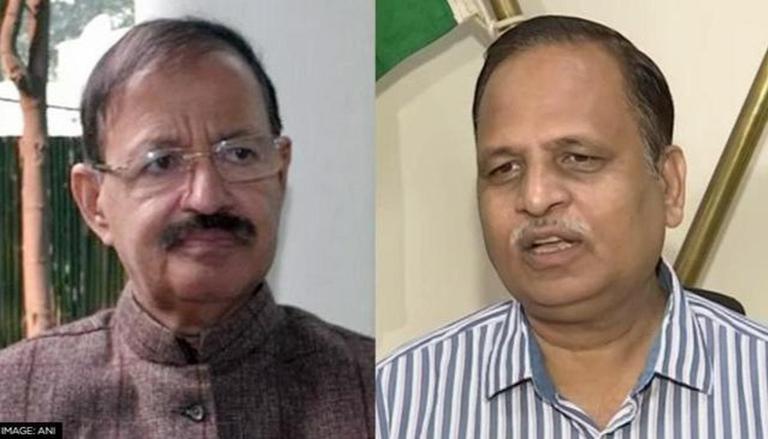 
Condemning the ED action against Delhi Health Minister Satyendar Jain, Congress leader Rashid Alvi stated on Monday that the BJP is weakening the democracy by targeting the Opposition through central agencies.

Earlier today, the Enforcement Directorate conducted searches at the residence of Satyendar Jain in connection with hawala transactions related to a Kolkata-based company. The Aam Aadmi Party leader was arrested on May 30 under the provisions of the Prevention of Money Laundering Act (PMLA) and was sent to ED's custody till June 9.

The raids at the residential premises of Jain in Delhi and other locations are being carried out as part of a "follow up" in the case, officials told PTI. The ED is said to have found some new evidence and links after it questioned Jain and some alleged hawala operators over the past few days.

In April, the agency had attached assets worth Rs 4.81 crore of Jain's wife and companies "beneficially owned and controlled" by him as part of the probe.

Jain is currently a minister without any portfolio in the Delhi government. Over half a dozen of his portfolios were transferred to Deputy Chief Minister Manish Sisodia last week. Arvind Kejriwal has defended Jain as a "hardcore honest and patriot" leader who was being "framed in a false case". He hoped the minister will come out clean after the ED probe.

Following the fresh ED raids at Jain's residence today, AAP MLA Saurabh Bharadwaj said the actions were part of a "political vendetta" against the minister.  He claimed that the ED has taken Satyendar Jain into custody many times, while the CBI and Income Tax department continues to raid his residence but never found anything.

The ED initiated a money-laundering investigation against the Delhi Health Minister and others, based on an FIR that was registered by the CBI in 2017. The ED investigation revealed that during 2015-2016 when Jain was a public servant, the companies beneficially owned and controlled by him, received accommodation entries to the tune of Rs 4.81 crore from shell companies against cash transferred to entry operators based in Kolkata through Hawala route. The amounts were used for the direct purchase of land or for the repayment of loans taken for agricultural land purchases in and around Delhi.