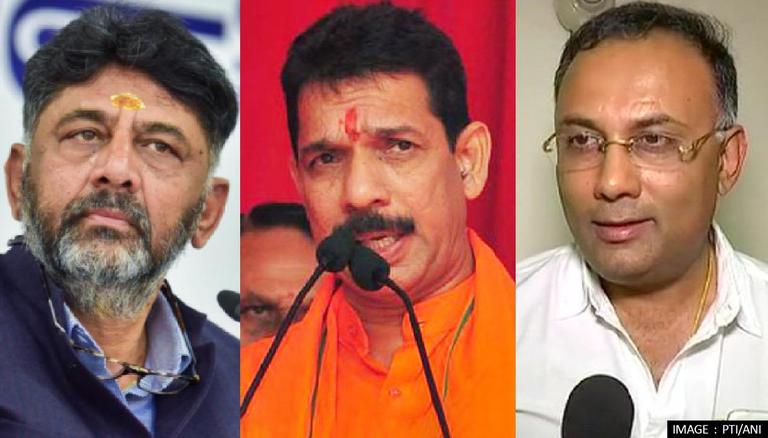 
Karnataka BJP president Nalin Kateel came under fire on Tuesday for his startling claim that former Congress president Rahul Gandhi is a "drug addict". Speaking to the media, former Karnataka Minister Dinesh Gundu Rao lambasted the language used by the Dakshina Kannada Lok Sabha MP and asserted that it reflected the culture of BJP. Moreover, he stressed that Kateel had no right to make such frivolous statements about a member of the Gandhi family and demanded that the saffron party should immediately sack him.

Congress leader Dinesh Gundu Rao remarked, "What are his qualities for which BJP has made him president of the state BJP? His ignorance and low level of language is visible. It is shocking that somebody can speak like this. The only solution for this is that BJP should reprimand him and sack him. Because how can you talk in such a frivolous and ignorant manner that too about a very senior leader of the Congress party whose family has dedicated itself to the service of this country?"

"This is the culture of BJP today. They have no respect for others. They have no respect for other people's values, religion, language and culture. They just want to impose their views and whoever is against them are condemned, lynched, beaten up and targeted," he added calling upon the BJP leadership to oust Kateel. Meanwhile, Karnataka Congress chief DK Shivakumar maintained that it was essential to be respectful in politics and sought an apology from his BJP counterpart.

‘@nalinkateel has made despicable statements against Sri @RahulGandhi.

How can such an uncultured and senseless man be the @BJP4Karnataka President.

He has shown how polluted his mind his and how the BJP is a party filled with crass and lumpen elements. pic.twitter.com/4QXzvTWsWS

Nalin Kateel's remarks were preceded by a tweet by Karnataka Congress in which it claimed that people of India are suffering as PM Modi is ‘angootha chhaap’ (illiterate person). After a considerable uproar, the party withdrew this tweet and Shivakumar stressed that "civil and parliamentary language is a non-negotiable pre-requisite for political discourse". Addressing a party meeting on Tuesday, Kateel attacked the Sonia Gandhi-led party over the derogatory remarks against the Prime Minister.

READ | Ex-Karnataka CM Siddaramaiah accuses CM Bommai of 'saffronising' police: 'This is not UP'