In more embarrassment for Congress, AICC secretary Imran Masood openly praised SP ahead of the Uttar Pradesh Assembly election due early next year. 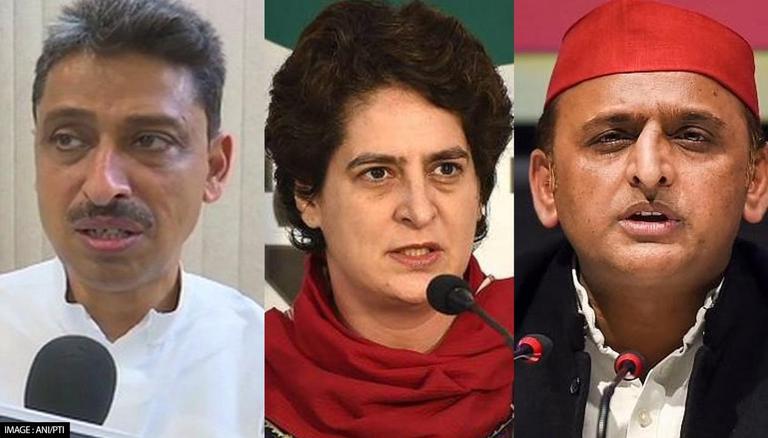 
In more embarrassment for Congress, AICC secretary Imran Masood openly praised SP ahead of the Uttar Pradesh Assembly election due early next year. After his victory from Muzaffarabad in the 2007 Assembly election, he failed to win not only in the 2012 and 2017 polls but also the 2014 and 2019 General Election. Batting for an alliance with the Akhilesh Yadav-led party, he explained, "If you look at the vote share of previous elections and even the by-elections, the vote share of SP is the highest. SP takes the lead among the opposition in putting up a fight. It is SP's responsibility to take everyone along in order to defeat BJP".

Masood added, "Priyanka Gandhi is definitely working hard. She has worked very hard in the last one and a half years. No one else has raised issues as forcefully as Priyanka Ji. Despite this, the people's response in terms of votes is on the other side. I feel that we will be able to defeat BJP after fighting together with SP."

Imran Masood came under fire in the run-up to the 2014 Lok Sabha campaign after a video emerged in which he threatened to chop Narendra Modi "into pieces". He was arrested on March 29, 2014, after being slapped with an FIR under various sections of the SC/ST Act and the IPC. Subsequently, Congress distanced itself from the controversy citing that these remarks were made by Masood on September 18, 2013, when he was a member of the Samajwadi Party.

In the 2017 Uttar Pradesh Assembly election, BJP won a whopping 312 seats in the 403-member House, whereas BSP could win only 19 seats. On the other hand, the SP-Congress alliance failed to bear fruit as it could win in only 54 constituencies. While this was seen as a mandate for PM Modi as BJP had not declared any CM candidate, Gorakhpur MP Yogi Adityanath was a surprise pick for the post.  Congress general secretary Priyanka Gandhi Vadra faces an uphill task of reviving the party in UP where it won only 7 seats in the 2017 Assembly polls.

Addressing the media on September 12, senior Congress leader Salman Khurshid indicated that the party may not project Vadra as the CM face before the election. Revealing that Congress will contest all 403 seats in the state, he added, "The party will not form an alliance with any party. We will contest the elections with firm belief. Party workers will go to each constituency to know the problems being faced by the local people". To bolster its chances, Congress has decided to embark on a 12,000 km-long yatra 'Hum Vachan Nibhayenge Pratigya' (we will fulfill our promises) Yatra across the state. As a part of this mass outreach initiative, this Yatra will cover major villages and towns.