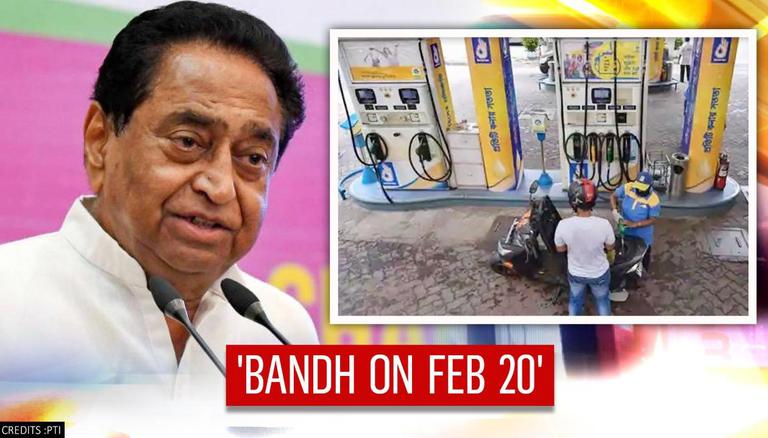 Amid increasing prices of Diesel and Petrol, Former Madhya Pradesh Chief Minister and Congress leader Kamal Nath announced on Friday that the grand old party has called for a bandh (shutdown) on February 20, appealing to everyone to support them for this move.

The former MP CM said, "Everyone is troubled by rising prices of Diesel, petrol, and gas. Instead of providing relief to the public, the government is engaged in tax collection."

He added, "The Congress party has called for a bandh on 20 February. I appeal all to join this bandh and support the party in its wake."

Congress had called for a bandh in Odisha of 7 hours on Monday to protest against the rising fuel prices. The state government had closed all the schools and universities across Odisha for the safety of students.

READ | Congress Against Alliance For 2022 BMC Polls; Declares Intent To Contest All 227 Seats