While Congress leader Adhir Ranjan Chowdhury called it a big win for Congress’ the CBSE announced to drop the entire passage and its accompanying questions. 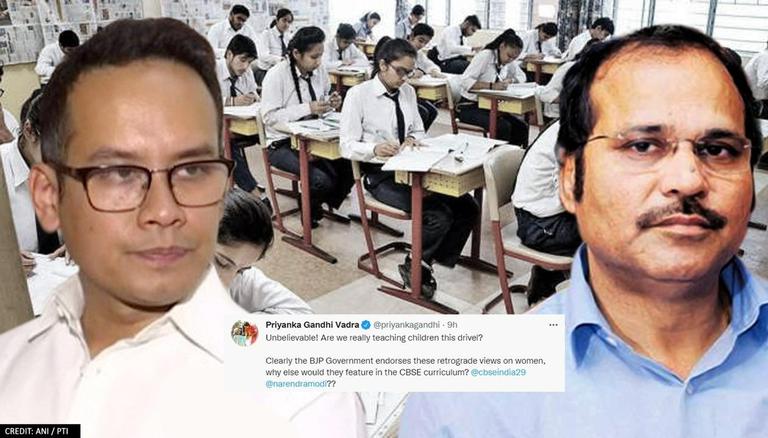 Extending support to Congress high command, Sonia, Rahul & Priyanka Gandhi, Gaurav Gogoi thanked them for raising an important issue. He further said that on one hand Prime Minister Narendra Modi incentivises initiatives like ‘Beti Bachao, Beti Padhao’ and on the other hand, his own government has published a very negative view on daughters. Condemning the use of a highly gendered paragraph in an exam, Gogoi demanded an explanation from the government.

`We request the education minister to come and give an explanation in the next parliament session. We want to see what steps the government will take in future so that this type of ideology doesn't get published.’

While Congress leader Adhir Ranjan Chowdhury called it 'a big win' for Congress, the CBSE announced to drop the entire passage and its accompanying questions. Informing the press, Chowdhury said that the decision was taken by the CBSE after Congress President Sonia Gandhi brought up the matter in Parliament and they staged a walk-out. He said, “Today our president brought up the matter in Rajya Sabha and due to that CBSE has taken a decision. We also staged a walk-out on the CBSE matter today. This is a big win for Congress.”

The English paper in the Class 10 CBSE exam on Saturday included a comprehension passage with sentences like "emancipation of women destroyed the parents' authority over the children" and "a mother could only gain obedience over the younger ones by accepting her husband's way," as well as questions based on the passage.

Gandhi raised the matter during the Lok Sabha's Zero Hour, demanding that the passage be removed immediately and that the CBSE administration should apologise, and demanded that the "gravest lapse" should be investigated.

"I add my voice to the concerns of students, parents, teachers, and I raise strong objections to such blatantly misogynist material."
Congress President Smt. Sonia Gandhi pic.twitter.com/n2D2llRuaL

"The passage contains atrocious statements such as 'women gaining independence is the main reason for a wide variety of social and family problems and if 'wives stop obeying their husbands, that is the main reason children and servants are undisciplined'," she said, reading out the passage from the Class-10 CBSE question paper.

Previously, Congress General Secretary Priyanka Gandhi lashed out at CBSE tweeting, "Unbelievable! Are we really teaching children this drivel? Clearly, the BJP Government endorses these retrograde views on women, why else would they feature in the CBSE curriculum?"

Unbelievable! Are we really teaching children this drivel?

Clearly the BJP Government endorses these retrograde views on women, why else would they feature in the CBSE curriculum? @cbseindia29 @narendramodi?? pic.twitter.com/5NZyPUzWxz

After facing the backlash, issuing a statement, the CBSE withdrew the question and passage and stated that full marks will be awarded to students for passage no 1 for all the sets of the question paper, to ensure uniformity and parity. CBSE had referred the paper to a committee of subject experts after students, parents and education experts termed the reading passage 'retrograde', 'misogynistic' and 'anti-women'. 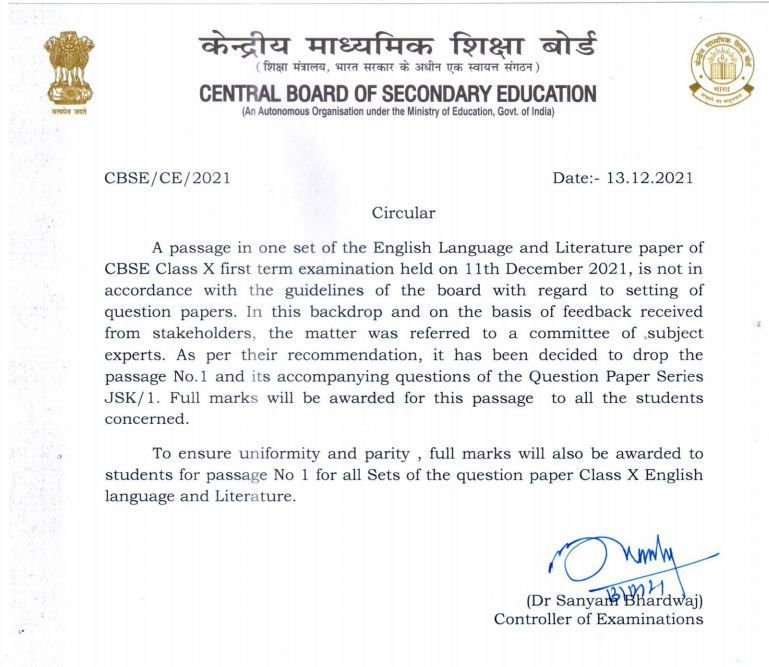