Jyotiraditya Scindia, after changing his Twitter bio on Monday morning, came on record & said that he did it because his old bio was too long for social media

Congress leader Jyotiraditya Scindia, after changing his Twitter bio in such a manner so as to hint towards disenchantment with the grand old party, came on record on Tuesday and said that he did it simply because his old bio was too long. This comes during the time when the Congress party has been witnessing considerable flux as it continues to come to terms with its humongous loss in the Lok Sabha polls.

Jyotiraditya Scindia to ANI, on no mention of Congress party in his Twitter bio: A month back I had changed my bio on Twitter. On people's advice I had made my bio shorter. Rumours regarding this are baseless. pic.twitter.com/63LAw9SIvb 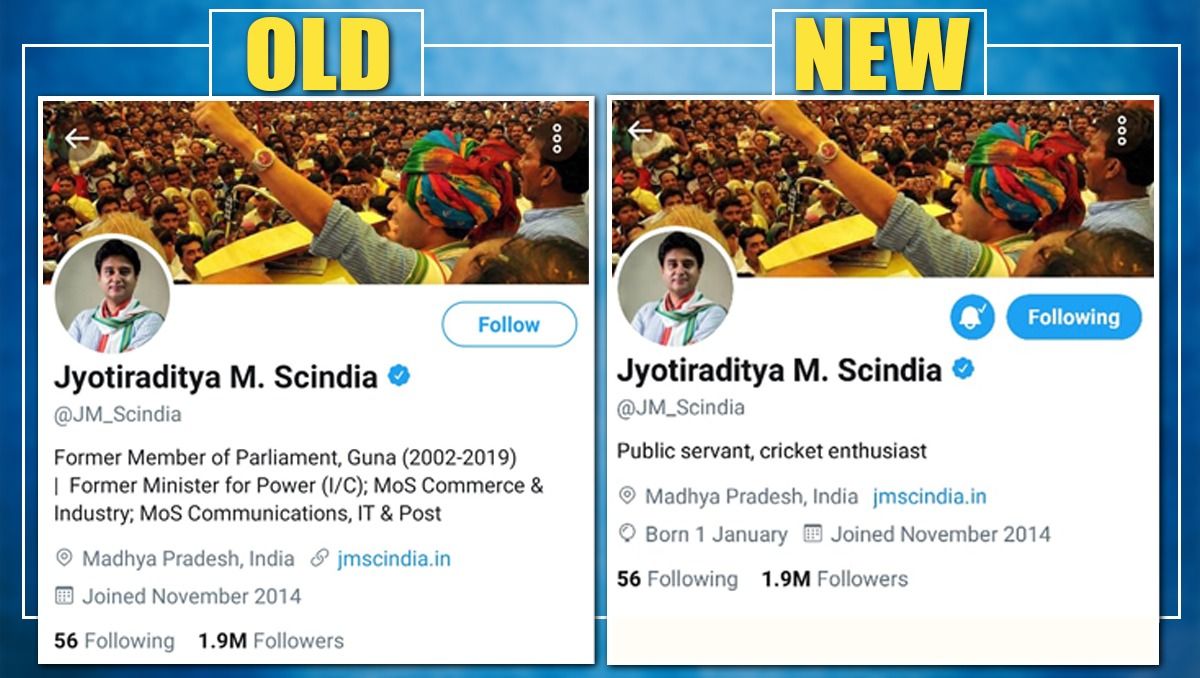 Scindia's disenchantment with the Congress

Scindia is believed to have been on the 'young guard' faction of the Congress party, along with Sachin Pilot and Jitin Prasada, when it came to picking a successor to Rahul Gandhi as the President of the party. However, the eventual chief wasn't from among them, as Sonia Gandhi was re-appointed as interim party chief instead. Since the elections, Scindia, along with others such as Milind Deora, has strayed from the party line on numerous occasions, on events such as the Abrogation of Article 370 of the Constitution, and the Howdy Modi event. However, his latest Twitter bio change comes as a significant development. Notably, just a day earlier, another politician who is in the public's eye in a big way changed his Twitter bio - Ajit Pawar changed it to reflect his new position as Deputy Chief Minister of Maharashtra.