Maharashtra Congress chief Nana Patole on Saturday, made it clear that Congress will contest all local body and assembly elections separately going forward. 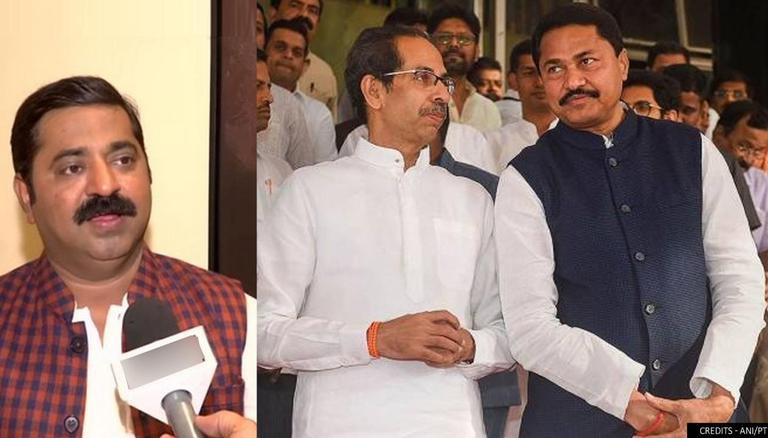 
Rupturing the Maha Vikas Agahadi alliance, Maharashtra Congress chief Nana Patole on Saturday, made it clear that Congress will contest all local body and assembly elections separately going forward. Addressing Congress workers in Amravati's Tivasa, he asked, 'Don't you want to make Nana Patole as CM in 2024?'. Asserting that Congress would be the biggest party in 2024 in the state, he said that no amount of sidelining will make Congress go.

While speaking in Amravati, Patole said, "I am the Congress chief of state. So, I will give the point of view of my party. I don't know what he (Sharad Pawar) said but Congress has made it very clear that we will be going solo in all local body elections and assembly polls. Don't you want to see Nana Patole made CM?"

Miffed with Pawar's recent praise for Sena, he said, "Congress is the original party. We don't need anybody's certificate. Even if somebody (Pawar) is sidelining us, that doesn't mean Congress will be sidelined. Congress will only remain the top party in Maharashtra by 2024." Furthermore, he slammed the Modi govt for its COVID mismanagement, highlighting oxygen, drugs, and injection shortage. He also claimed that PM Modi did not have time to meet farmers who have been protesting for 6 months now.

Surprised at Congress' departure from the 3-way alliance, BJP MLA Ram Kadam claimed that Patole's declaration of himself as a CM was a clear indication of his doubts on Uddhav Thackeray's proficiency. Claiming that Sena-NCP were sidelining Congress, he said the sorrow was evident in the Congress chief's statement. Patole has often made remarks contradicting his own allies, be it own the Sachin Vaze case, EVMs, Veer Savarkar etc.

On Friday, addressing party cadres on the 22nd Foundation Day of NCP, Sharad Pawar stated that the Sena is a party that can be trusted. Predicting that the MVA government will fulfill its full 5-year term, he said, "We have established a government having a different ideology. No one would have imagined that Sena and NCP can work together. But we did it and fortunately, people have liked this experiment".

Sena has often clashed with its ideological polar opposite Congress since the formation of the Maha Vikas Aghadi alliance over issues like Hindutva, CAA, NRC, Ram Janmabhoomi, Savarkar, COVID-19 etc, with NCP playing the peacemaker. Several ministers from NCP and Congress have accused Uddhav Thackeray of depending more on bureaucrats than his alliance partners, alleging that they were being 'sidelined'. Congress chief Balasaheb Thorat, minister Ashok Chavan have openly stated that the party has had no say in any of the decisions being taken by the Thackeray government. All three allies have maintained that the alliance is safe, but BJP has often asserted that the MVA govt will fall on its own.