Earlier Rahul Gandhi was quizzed by the Enforcement Directorate in the National Herald case for over 50 hours in sessions spread across five days. 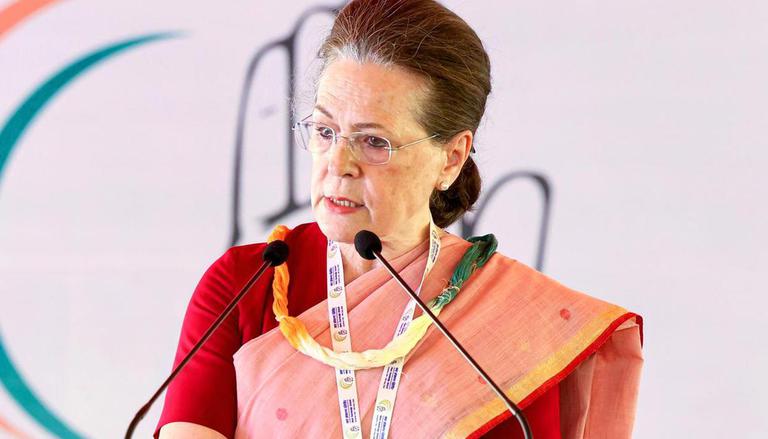 
The Indian National Congress party will hold demonstrations across the country on Thursday, July 21, as the party's national president Sonia Gandhi is scheduled to appear before the Enforcement Directorate (ED) for questioning in connection to a money laundering case linked to the National Herald newspaper.

Taking to Twitter, Congress MP Jairam Ramesh said, "The Congress party will hold demonstrations across the country tomorrow expressing collective solidarity with its leader Mrs Sonia Gandhi against the manner in which political vendetta is going on against our top leadership by the Modi-Shah duo."

Tomorrow as the political vendetta unleashed by the Modi-Shah duo against our top leadership continues, the entire Congress party across the country will demonstrate its collective solidarity with Smt. Sonia Gandhi in a most telling manner.

The Congress chief was first issued the notice by ED for an appearance on June 8 but after she tested positive for COVID-19, the second summons was issued for June 23 which the Raebareli MP could not keep up as she was "strictly advised to rest at home following her hospitalisation on account of COVID-19 and a lung infection". Now, she has been asked to appear on July 21.

Her son and Wayanad MP, Rahul Gandhi, has been quizzed by the federal agency in the case for over 50 hours in sessions spread across five days.

What is the National Herald case?

In November 2012, BJP leader Subramanian Swamy filed a private complaint in a Delhi court accusing Sonia Gandhi, Rahul Gandhi and others of 'misappropriating' assets of Associated Journals Limited (AJL) worth over Rs 2,000 crore by acquiring it through their owned private firm, Young Indian.

In December 2014, both Sonia and Rahul Gandhi secured bail by furnishing a personal bond of Rs 50,000 each and a surety after the court ruled out apprehension that they will flee the country.

The Enforcement Directorate has registered a fresh case against Gandhis under the criminal provisions of the Prevention of Money Laundering Act after a trial court took cognizance of an Income Tax probe against Young Indian. Senior party leaders Mallikarjun Kharge and Pawan Bansal have also been questioned in the case.