In another setback to the Congress party, former MP Ashok Tanwar is set to jump ship to the Trinamool Congress (TMC) on Tuesday in the national capital. 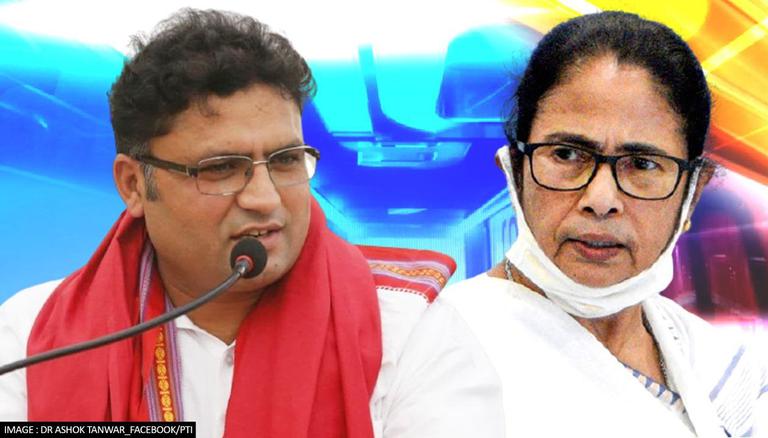 
In another setback to the Congress party, former MP Ashok Tanwar is set to jump ship to the Trinamool Congress (TMC) on Tuesday in the national capital, reported ANI. According to sources, Tanwar was a close aide of Congress leader Rahul Gandhi and had even launched a new political party 'Apna Bharat Morcha' in February this year. The grand old party is facing a series of the exodus as earlier today it was reported that former Lok Sabha MP Kirti Azad is set to join TMC.

In October 2019, Tanwar had resigned from the primary membership of the Congress ahead of the Haryana Assembly polls and threw his weight behind Dushyant Chautala's Jannayak Janata Party (JJP). Moreover, he campaigned against Congress during the elections. His induction into the TMC comes amid Trinamool Congress supremo and West Bengal Chief Minister Mamata Banerjee's visit to Delhi. Banerjee is expected to be in the national capital till November 25.

Former Lok Sabha MP Kirti Azad is set to join the Trinamool Congress on Tuesday during Mamata Banerjee's visit. Kirti Azad is the son of late Bihar CM Bhagwat Jha Azad and was a part of India's 1983 World Cup-winning squad before he entered politics. In addition, he was elected thrice on a BJP ticket from the Darbhanga Lok Sabha constituency. However, Azad was suspended from the saffron party in 2015 for 'anti-party activities.' Following that, he joined the Indian National Congress in the presence of Rahul Gandhi on February 18, 2019.

After a resounding victory in the West Bengal assembly elections that were held earlier this year, the Trinamool Congress has set its eyes on national politics. In addition, the TMC has also decided to contest the upcoming polls in Goa and Tripura and has projected itself as a viable alternative to the Congress. Moreover, it has also projected its chief Mamata Banerjee as the Prime Ministerial candidate for the 2024 Lok Sabha polls. As her party has increased its political activities in other states, Mamata Banerjee also visited the national capital where she met Congress president Sonia Gandhi. Moreover, the TMC has also inducted several Congress leaders like Sushmita Dev, Abhijit Mukherjee and former Goa CM Luizinho Faleiro into its party fold.