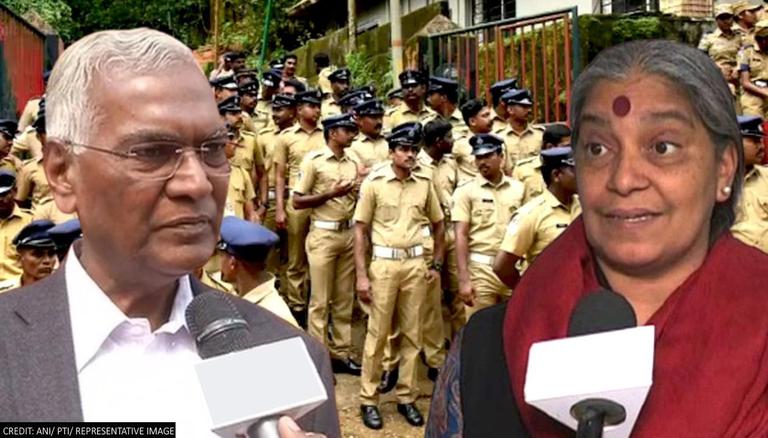 
CPI general secretary D Raja on Monday justified his party leader Annie Raja's remarks against the Kerala police last week, that if there is an inaction on the part of the police, it will be criticised. Annie Raja had also said that if there is excesses on the part of police in any part of the country, either in Kerala or in Uttar Pradesh or somewhere else, it will be criticised, questioned and condemned.

Annie Raja, wife of D Raja, had hit out at the Kerala police recently over increasing atrocities against women in Kerala. CPI is a key partner in Kerala's ruling CPI(M)-led LDF.

D Raja: 'The state unit of the party also does not have such an opinion against the force'

Defending Annie Raja's comments, D Raja had said that the police is supposed to be friend of the people. This comes after CPI Kerala state chief Kanan Rajendran rejected Annie Raja's remarks and said that the state leaders had no complaint about the functioning of police under CM Pinarayi Vijayan.

"No senior leader of the CPI in Kerala has criticised the functioning of the police in the state. The state unit of the party also does not have such an opinion against the force," Rajendran had told reporters in New Delhi on Saturday.

READ | Kerala graduate level prelims exam admit cards to be out on Monday; Here's how to download

Reacting to this, Kerala Chief Minister Pinarayi Vijayan on Saturday had said that the state government will look into the reason, why Annie Raja made such statement. Calling her a national leader, Vijayan had said that she might have got some information from somewhere, "We will try to understand the reason behind such a statement," he added.

READ | 'Allow 2nd COVISHIELD dose after 4 weeks from 1st for those who want it early': Kerala HC

Kerala HC's single bench of Justice Devan Ramachandran passed this order when hearing a petition filed by a father of a 15-year-old girl, who complained of rude police behaviour. The father of the girl, in his petition, had alleged that officers of the Cherpu Police Station in Thrissur district used coarse language while speaking to his daughter during a vehicle inspection as a part of COVID protocol management.