The Integrated Transit Corridor, which has been an integral part of the Pragati Maidan Redevelopment Project, has been built at a cost of over Rs 920 crore. 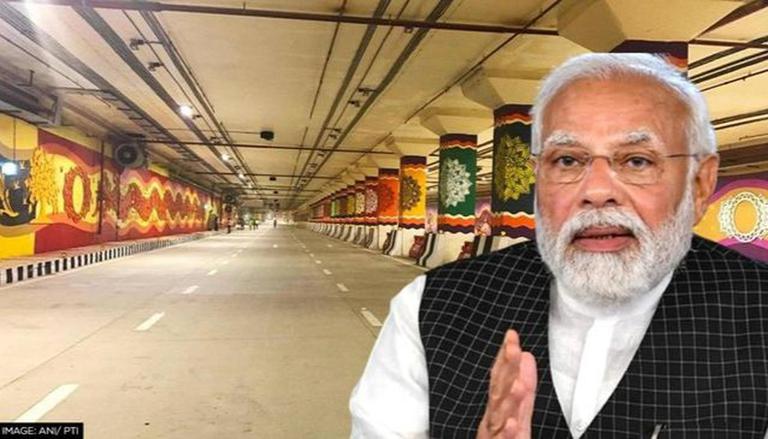 
Prime Minister Narendra Modi will inaugurate the main tunnel and five underpasses of the Pragati Maidan Integrated Transit Corridor project in New Delhi on June 19. After dedicating the project to the nation, the PM will also address the gathering.

The Integrated Transit Corridor, which has been an integral part of the Pragati Maidan Redevelopment Project, has been constructed at a cost of more than Rs 920 crore. It is entirely funded by the Centre.

"It is aimed to provide hassle free and smooth access to the new world class exhibition and convention centre being developed at Pragati Maidan, thereby facilitating easy participation of exhibitors and visitors in the programmes being held at Pragati Maidan," the Prime Minister's Office said in a statement.

The statement added, "The impact of the project, however, will be much beyond Pragati Maidan as it will ensure hassle-free vehicular movement, helping save time and cost of commuters in a big way. It is part of the overarching vision of the government to ensure ease of living for people through transforming urban infrastructure."

The main tunnel links Ring Road with India Gate via Purana Qila road passing through Pragati Maidan. The six-lane tunnel has multiple purposes, including access to the basement parting of Pragati Maidan. "A unique component of the Tunnel is that two cross tunnels below the main tunnel road have been constructed in order to facilitate movement of the traffic from either side of the parking lot," the PMO stated.

The tunnel will serve as a substitute for Bhairon Marg, which is already running beyond its carriage capacity, and is expected to take over half of the traffic load of Bhairon Marg.