Droupadi Murmu's Brother Hopeful Of Her Win; Calls It A 'matter Of Pride For Tribals'

NDA's Droupadi Murmu will contest against Oppn's Yashwant Sinha for the presidential elections 2022 for which vote counting will begin at 11 AM on Thursday. 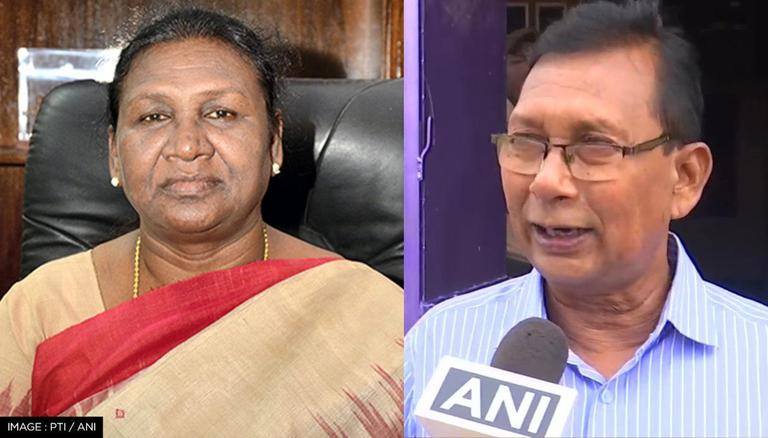 
As the vote counting for the Presidential Elections in India is all set to begin at 11:00 a.m. on Thursday, a wave of happiness, as well as excitement, is already in the air of Rairangpur town in Odisha, which is the hometown of NDA's presidential candidate Droupadi Murmu.

Sharing his happiness over the same, Tarinisen Tudu, the brother of Murmu spoke to ANI and expressed his hopes that she will be appointed as the next President of India. "There is an atmosphere of happiness here as we're hopeful that Droupadi Murmu will become the next President of India. It's a matter of pride for the tribal community, Odisha, and the entire country", he said.

Rairangpur | There is an atmosphere of happiness here as we're hopeful that Droupadi Murmu will become the next President of India. It's a matter of pride for the tribal community, Odisha & the country: Tarinisen Tudu, brother of NDA's Presidential candidate Droupadi Murmu pic.twitter.com/dvbbzQTvWr

Notably, Murmu’s hometown in Rairangpur is already in a celebratory mood just hours before the declaration of results.

Earlier, some of her relatives also spoke to ANI and exuded confidence over Murmu's win. Her aunt while speaking to ANI said,

“Murmu has struggled a lot throughout her life. It is the fruits of relentless struggle. She is of a very humble and grounded nature. We are always together in happiness and sadness. I think all her achievements are fruits of her hard work and struggle."

Vote counting to begin at 11 AM

The vote counting for the presidential elections 2022 will begin at 11 AM on Thursday following which the results are expected to be declared by evening. The fight for India's highest post of nominal executive authority is between NDA's Droupadi Murmu and joint Opposition candidate Yashwant Sinha.

While Murmu is expected to remain at the edge of gaining a majority, if elected, she will become the first tribal and second woman to be elevated as the 15th President of India.