The Enforcement Directorate has conducted at least two rounds of searches against Satyendar Jain's family members and associates since his arrest on May 30. 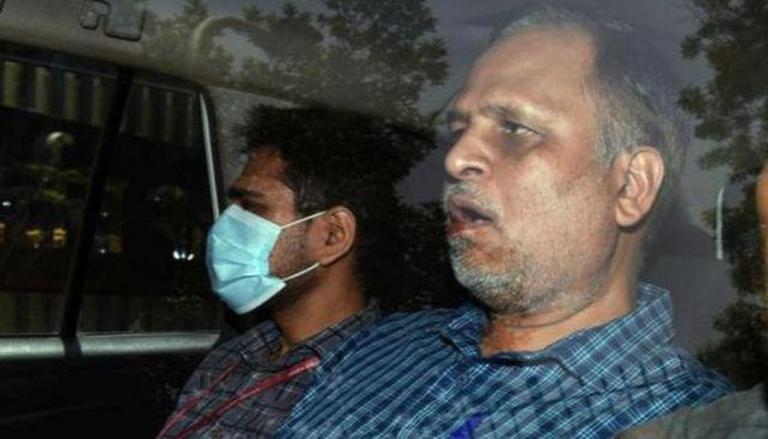 
The Enforcement Directorate (ED) on Monday questioned jailed Delhi minister Satyendar Jain's wife Poonam Jain in connection with a disproportionate assets case. Poonam Jain was asked to appear before ED investigators at its headquarters on July 14 but failed to answer the summon, citing health reasons.

Her husband and AAP leader Satyendar Jain was arrested on May 30 in a PMLA case linked to alleged hawala dealings. The central probe agency claims that Jain set up four shell companies in the years 2011-12 and 2015-16 that did no business but launder money. They allegedly laundered Rs 11.78 crore in the years 2011-12, and Rs 4.63 crore in 2015-16 through these companies.

AAP leader Satyendar Jain, who is currently in judicial custody, claims he quit as director of these companies soon after he joined politics in 2013. However, his family is said to own a majority stake in these shell companies.

The federal agency has carried out at least two rounds of searches against Jain's family members and associates since his arrest. While Poonam Jain claims to be a housewife, the Enforcement Directorate probe revealed that she transferred money to Satyendar Jain's account to the tune of Rs 1.5 lakh on 28 June 2013, and Rs 20 lakh on 16 January 2015. Besides this, on 17 January 2015, Rs 16.5 lakh was transferred from her daughter's account to Satyendra Jain.

Through these shell companies, Jain purchased over 200 bighas of land on the outskirts of Delhi worth Rs 23 crore, the ED alleged. His wife, Poonam Jain has also been named as an accused by both CBI and ED in the money laundering cases. She was earlier questioned by the Income Tax. The CBI had accused Satyender Jain of disproportionate assets worth Rs 1.68 crore.

On Wednesday, a Delhi court extended the custodial interrogation of an accused till July 11 in an alleged money laundering case linked to Satyendar Jain. Special Judge Geetanjali Goel extended the ED custody of Vaibhav Jain, an aide of the Delhi Minister. Another accused, Ankush Jain, was sent to judicial custody. ED arrested both the accused in early July.