Fadnavis is already in touch with Eknath Shinde, whose rebellion led to the collapse of the Maha Vikas Aghadi (MVA) government, sources have revealed. 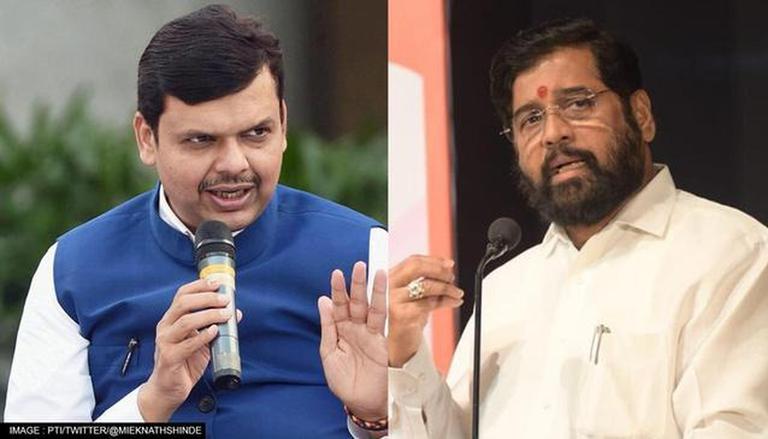 
Rebel Shiv Sena leader Eknath Shinde on Thursday announced that discussions with the Bhartiya Janata Party (BJP) on ministerial posts in the new Maharashtra government will take place soon and urged everyone to not believe in rumours until then. Taking to Twitter, Shinde asserted that his focus would remain on the overall development of Maharashtra following the teachings of Balasaheb Thackeray and Anand Dighe.

"There has been no discussion with the BJP about which and how many ministerial posts, it will happen soon. Until then, please don't believe the ministerial lists and rumors about it," he wrote.

Decks are clear for the saffron party to return to power in the state. Fadnavis is already in touch with Eknath Shinde, whose rebellion led to the collapse of the Maha Vikas Aghadi (MVA) government, sources have revealed. Efforts are underway to stitch an alliance between NDA and Shiv Sena's breakaway faction to form the next government.

As per sources, BJP National General Secretary CT Ravi will reach Mumbai for a core meeting with party leaders at 12 PM today. Meanwhile, Shinde is expected to brief the rebel MLAs on the way ahead with the saffron party. Sources have informed Republic TV that BJP is likely to stake a claim to form the next government in Maharashtra, with Devendra Fadnavis taking oath as the Chief Minister on July 1.

Minutes after the Supreme Court refused to stay the floor test scheduled on June 30, Shiv Sena chief Uddhav Thackeray resigned as the state CM in a televised address on Wednesday night. While expressing gratitude towards Congress and NCP for supporting him, he lamented that his own party MLAs had deserted him. During the address, he also resigned as a member of the state Legislative Council. At about 11.45 pm, Thackeray handed over his resignation to Governor Bhagat Singh Koshyari who asked him to continue as the caretaker CM till an alternative arrangement is made.

After Uddhav Thackeray's resignation, celebrations erupted in the Bharatiya Janata Party (BJP) camp. State wing chief Chandrakant Patil said that the former state CM Devendra Fadnavis and rebel Shiv Sena leader Eknath Shinde will decide the next course of action. "Tomorrow, Devendra Fadnavis and I will go to Delhi and meet Home Minister Amit Shah and party chief JP Nadda. The meeting is not fixed yet but we are in no hurry," Patil told Republic.

The 50 dissident MLAs who foisted the rebellion under the leadership of Eknath Shinde reached Goa from Guwahati on Wednesday night. They are likely to return to Mumbai by noon and stay at a hotel with the rest of the BJP leadership.