Maharashtra CM Eknath Shinde along with Deputy CM Devendra Fadnavis will be travelling to the national capital to meet the BJP leadership on July 8. 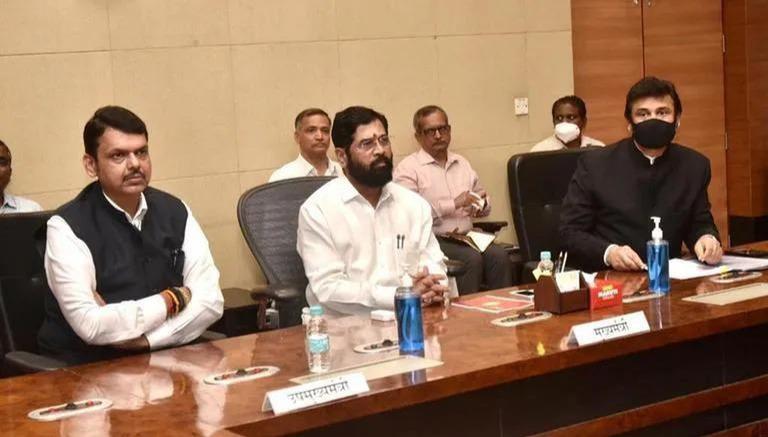 
Maharashtra Chief Minister Eknath Shinde along with Deputy Chief Minister Devendra Fadnavis will be travelling to the national capital to meet the Bharatiya Janata Party (BJP) leadership on July 8, Republic learnt on Thursday. Sources told the channel that it may be with regard to the allocation of portfolios, which is pending even a week after the breakaway faction of Shiv Sena and BJP together formed the government in the state.

Both the leaders will meet PM Narendra Modi and will leave from Mumbai at around 10 a.m. Along with PM Modi, Shinde and Fadnavis will meet Amit Shah, JP Nadda and Rajnath Singh as well.

'Will discuss with BJP leadership'

"Let us breathe properly. It was quite hectic for us (referring to political activities recently in the state). I and Devendra Fadnavis will sit and discuss Cabinet portfolios and their allocation. We will also get the allocation vetted from national leaders of the BJP," Shinde had said, after winning the trust vote in the Assembly.

In the floor test that took place on July 4, in the 288-member House, 164 MLAs voted for the motion of confidence, while 99 voted against it. Three legislators abstained from voting, while 21 legislators, including Congress's Ashok Chavan and Vijay Wadettiwar, were absent.

The floor test came in the aftermath of the Government being formed, with Shinde and Fadnavis being administered the oath of office and secrecy for CM and Deputy CM, respectively, by the Maharashtra Governor Bhagat Singh Koshiyari on June 30. A day prior, i.e., on June 29, Uddhav Thackery had tendered his resigned as the CM, as well as a Member of the Legislative Council of the state. This was the result of the MLAs of Shiv Sena led by Eknath Shinde going incommunicado as part of a rebellion against Uddhav Thackeray and his supporters.