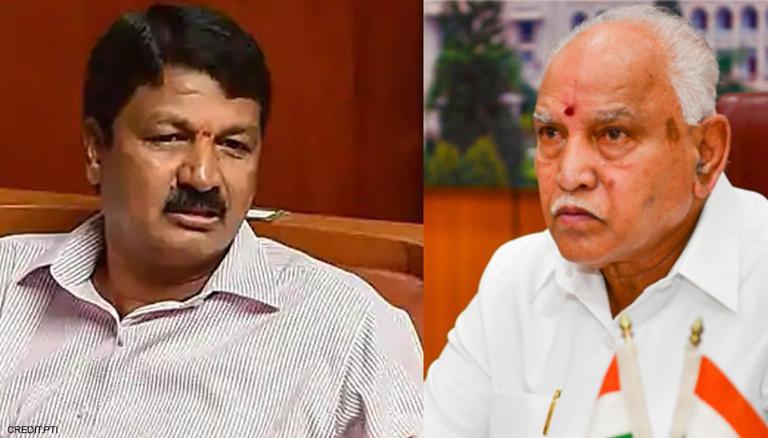 
It looks like there is no respite for CM Yediyurappa from mounting troubles in the state as BJP MLA Ramesh Jarkiholi cast aspersions over continuing as a legislator while not being awarded a cabinet berth, although he denied wanting to be one. Ex-Minister Ramesh Jarkiholi, who jumped ship from the Congress to BJP in 2019 eventually leading to the downfall of the JD(S)-Congress coalition government, was involved in controversy after he allegedly asked for sexual favours to offer a woman a job in Karnataka Power Transmission Corporation Limited, following which he was forced to step down.

Speaking to reporters at Mysuru airport after his visit to the Suttur Mutt, Ramesh Jarkiholi claimed that he was not a 'small person' and that he had 'had the power to change the government.' Terming speculations of him lobbying for a cabinet berth 'false', Ramesh Jarkiholi revealed that he wanted to resign as MLA but had not yet taken the decision as he wished to consult his 'godfather' Devendra Fadnavis before making his decision. Ramesh Jarkiholi maintained that he would make his decision on his resignation on returning from Mumbai.

I'm not interested in becoming a minister again. Devendra Fadnavis is my godfather, that's why I met him. RSS and BJP gave me respect which I didn't get in Congress for over 20 yrs. Congress is a sinking boat, I don't even think about joining it again: BJP MLA Ramesh Jarkiholi pic.twitter.com/hr4uQJtWdh

"I had decided to resign from my MLA post. But after suggestions by seniors and well-wishers, I stopped for some time. I can't speak openly now, I was not happy that's why I decided (to resign), I'll resign from politics but not soon," BJP MLA Ramesh Jarkiholi told reporters.

Further, BJP MLA Ramesh Jarkiholi claimed that he would remain in the BJP even after his resignation and vowed not to return to Congress even if he was offered the CM position. Noting that the BJP and RSS had given him respect, Ramesh Jarkiholi revealed that he had heard reports of Congress willing to accept him back to the party fold and said that he had no thoughts of it whatsoever.

BJP and RSS gave me respect. I won't go to Congress at any cost, even if it offers me Chief Ministership. Even if I resign, I'll remain in BJP. Somebody told me yesterday that they will take me to Congress, I don't even think about it: BJP MLA Ramesh Jarkiholi

In January, days after reshuffling his cabinet, Yediyurappa reorganized some of the portfolios allocated to the seven newly inducted ministers after four cabinet ministers - JC Madhuswamy, MTB Nagaraja, K Sudhakar and K Gopalaiah complained of the reshuffled portfolios. Apart from JC Madhuswamy, the other three ministers recently jumped ship from Congress and JDS respectively - propping up the Yediyurappa government. After waiting for a year, Karnataka CM Yediyurappa inducted seven legislators namely - MTB Nagaraj, R Shankar, CP Yogeshwar, Umesh Katti, Arvind Limbavali, Murugesh Nirani, S Angara into his cabinet on January 13. Senior BJP ministers like Anand Singh, CC Patil, Kota Srinivas Poojari, Prabhu Chauhan, A Shivaram Hebbar too had to let go of several key ministries to the new inductees leading to discontent in the Karnataka BJP camp. Yediyurappa formed his government on August 26, 2019 with the help of 16 rebels who switched from Congress & JDS