'Fight Today Is Between 2 Ideologies, One Which Benefits Few & The Other Raises People's Voice': Rahul Gandhi

Rahul Gandhi targeted the BJP, saying the fight today is between two ideologies--one which benefits a select few, while the "other is the voice of the people, farmers and labourers". 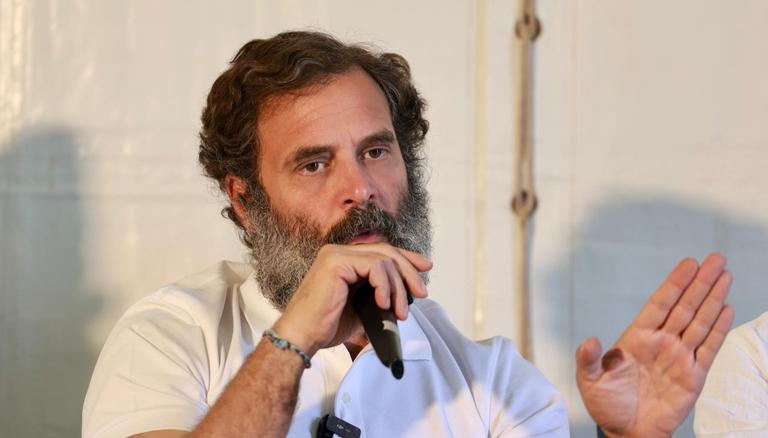 
As the Congress' 'Bharat Jodo Yatra' entered Haryana on Wednesday, party leader Rahul Gandhi targeted the BJP, saying the fight today is between two ideologies--one which benefits a select few, while the "other is the voice of the people, farmers and labourers".

The Yatra crossed over to Haryana from Rajasthan.

Addressing a gathering in this Haryana district, Gandhi said the fight between the two ideologies in the country was not a new one and has been going on for thousands of years.

On the BJP leaders questioning his cross-country foot march, Gandhi said they ask what is the need to walk from Kanyakumari.

"I am opening a shop of love in the market of hate through the Bharat Jodo Yatra. When these people go out to spread hatred in this country, people of our ideology go out to spread love and affection," he said.

"This is not a new fight, do not think that this fight is of today or of the 21st century, this fight is thousands of years-old... one ideology which gives benefits to select few and the other raises people's, farmers, poor and voice of labourers," he asserted.

"This fight will go on, but in this fight, the Congress party has a role and we all have a role. This is why we started this Yatra," he added.