Har Ghar Tiranga: India To Be Painted In Tricolour Starting Jul 22; All About The Campaign

The Centre is set to mark India's 75th independence Day with a “Har Ghar Tiranga” campaign, as part of which over 20 crore houses will unfurl the national flag 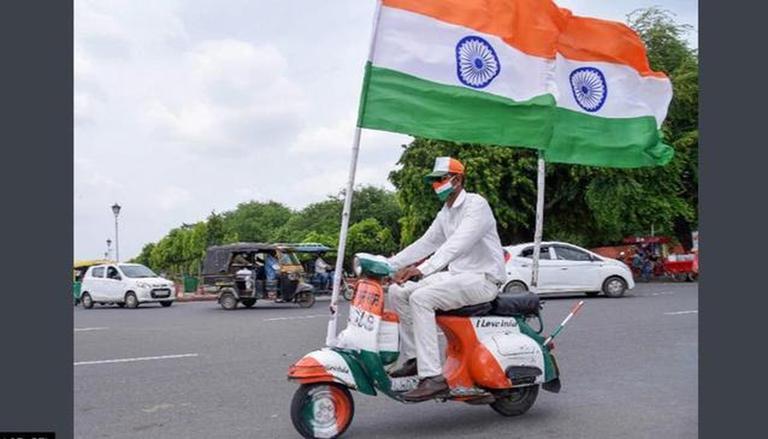 
The Central Government is set to commemorate the 75th anniversary of India's independence with a nationwide “Har Ghar Tiranga” campaign, as part of which, over 20 crore houses will unfurl the national flag for three days in the month of August.

Beginning July 22, the country will be painted in the colours of the national flag, including on all the government and public sector establishments, educational institutions, commercial establishments, NGOs, restaurants, shopping complexes, toll plazas and police stations, among others.

As part of the programme, the tricolour will be flown atop the houses from August 13 to 15 through public participation while government and private establishments will also be involved, said an official statement.

Over 100 crore people will participate in the campaign to rededicate themselves to the service of Mother India. It will greatly contribute to inculcating a new sense of patriotism among people, it added.

In a meeting chaired by Union Home Minister Shah earlier, it was decided that starting July 22, the national flag will appear on the homepage of all state government websites while citizens should also be encouraged to display the tricolour on their social media accounts. People should also take a selfie with the tricolour and upload it on the website of the culture ministry, Shah said.

He said Prime Minister Narendra Modi has decided to celebrate 'Azadi Ka Amrit Mahotsav' in a new manner and that the 'Har Ghar Tiranga' campaign will take the spirit of patriotism to the highest level.

Political parties, government institutions, NGOs and cooperatives will ensure that 'Prabhat Pheris' are successful in their areas as they played an important part in the country's freedom struggle led by Mahatma Gandhi.

The campaign would be promoted through advertisements by state governments and Chief Ministers would request TV channels and local channels, and then they would also take this forward through small programmes.

The Centre has also made arrangements for the production of three types of flags and they will be available at post offices and people would also be able to buy the tricolour online, it said.

The BJP is planning to organize a campaign to create awareness about 'Har Ghar Tiranga' from August 9 to 15 across the country. Several programmes will be carried out during this week. From August 10 to 12, the Yuva Morcha will take out a tricolour rally in each district.

Along with this, a cleanliness campaign will be conducted across India from August 11 to 15.